The new Volvo C30 - Young, dynamic customers get “a Volvo of their own”

PARIS (September 28, 2006) – With the introduction of the new C30 today at the Paris auto show, Volvo Car Corporation has officially entered the two-door premium car segment with a sporty two-door design featuring four individual seats and a glass tailgate, a car created to give a young and dynamic group of customers “a Volvo of their own.”

“The new C30 is designed to appeal to young singles or couples with an intense urban lifestyle,” says Lex Kerssemakers, Senior Vice President, Brand, Business and Product Strategy at Volvo Cars. “We’ve found that this group of people will prioritize excitement in design and driving characteristics, and this car will suit their taste and lifestyle.”

Production of the Volvo C30 will begin at the end of 2006 with sales in Canada set to begin in early 2007. Prices have not been announced.

For an active life in urban areas

During the development phase of the C30 project, Volvo Cars organized customer clinics throughout Europe, focusing heavily on people living in urban areas, with demanding and rewarding careers and an intensive lifestyle to match.

“These are customers who move between their homes, the office, meetings, the gym and to their favourite spots around town at a fast pace and, for the most part, there are not more than two people in the car,” explains Håkan Abrahamsson, Project Director for the C30 project.

Through the clinics, the C30 project team learned the target customer group viewed their vehicles as a tool to help them keep up their intense lives. When they buy clothing, home furnishings or electronic devices, design and brand are very important factors – and they choose cars in the same way. This group was invited to judge the C30’s design and technical content.

“One of the participants said: ‘Finally, a new, exciting challenger in the segment, probably my first Volvo.’ It was sweet music to our ears,” says Abrahamsson. “It was the perfect expression of our ambitions for the C30 project. We must win new customers to make the C30 an important part of Volvo Cars’ goal of selling 600,000 vehicles per year.”

While young singles and couples occupied the majority of the customer clinic, Abrahamsson and his team also recognized that the C30 could appeal to a broader range of customers.

“It is important to point out this is a question of lifestyle rather than age,” Abrahamsson adds. “When children grow up and move out, you also have time and money for an active and fast-moving life. Therefore, we believe that next to younger customers, a considerable share of the C30’s volume will come from so-called ‘empty-nesters’. Another appealing possibility, of course, is that the C30 will be the second car for families with children.”

The design of the production-ready model is reminiscent of the Volvo C30 Design Concept shown at the Detroit auto show in January, 2006. The front retains the concept car’s dynamic character, with angled headlamps and the low, wide grille. Viewed from the side, the distinct wheel housings in contrasting materials and the sloping roof give the new C30 a fast silhouette, which is further enhanced by the extreme boat-shape of the side windows. This is created by the narrowing roof and the wide shoulders.

The shoulders at the rear are powerfully rounded and are accentuated by the horseshoe shaped lighting pattern of the tail lamps and the glass tailgate. The optional spoiler at the upper edge of the tailgate furthers the sporty look.

“The C30 has plenty of muscles in a sporty and compact package,” says Volvo Cars Design Director Steve Mattin. “Anyone who recalls the Volvo SCC (Safety Concept Car) will recognize the exclusive and convenient glass tailgate. The distinctive tail lamps ensure that no one will ever be uncertain about which car they have in front of them.”

The target customer group also expressed an interest in being able to adapt the car to suit their personal tastes.

To satisfy this demand, Volvo Cars developed a body kit with colours that either co-ordinate with the body panels or provide a two-tone look. To further personalize the car, the body kit can be combined with a lowered ‘sport’ chassis, 18" wheels and larger exhaust pipes.

Volvo Cars’ new “floating” centre stack found in the C30 is available in different versions to suit differing tastes. For example, the Virtual White inlay is inspired by the modern, glossy surfaces from the worlds of sport and computers. A striking surf-patterned aluminium inlay is also available, inspired by the C30 Design Concept.

The interior of the C30 can be ordered in either black or two-tone fabric. Leather seating is optional.

“With respect to practical details, we prefer the expression customized functionality,” says Mattin. “The Volvo C30 does not claim to be a full-sized family car. It is specially adapted to its target group.”

Worldwide volume is expected to reach 65,000 cars a year with 75 per cent of the buyers living in Europe. The largest markets are Italy, Germany, Spain, Great Britain, the U.S., France, Sweden and Holland.

The new C30 will make a strong impression in a segment that is new for Volvo Cars, and the company expects that at least three out of every four C30s sold will be to customers who do not currently drive a Volvo vehicle.

“I am convinced that the new C30 will be a great success,” says Kerssemakers. “Since we displayed the concept car in Detroit, it has become one of the market’s most talked about and eagerly awaited cars.”

Keywords:
C30, Life Style, Events/Activities
Descriptions and facts in this press material relate to Volvo Cars's international car range. Described features might be optional. Vehicle specifications may vary from one country to another and may be altered without prior notification.
Related Images
Sep 28, 2006 ID: 4463 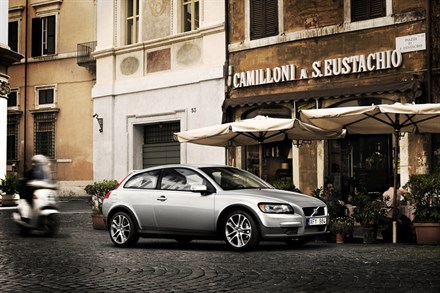 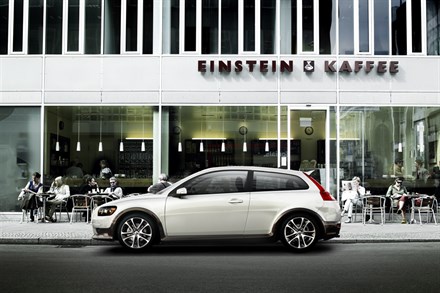 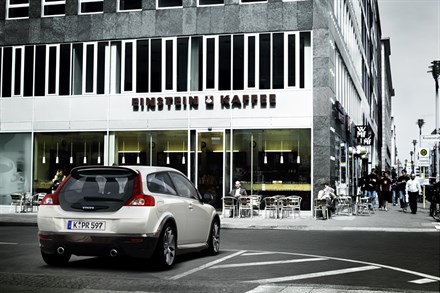