TORONTO, ON (May 22, 2012) - The Bromont CCI*** Three Day Event, The Todd Sandler Challenge, will welcome Volvo as its title sponsor for the international equestrian event taking place June 7 to 10, 2012, in Bromont, Quebec.

The 26th edition of the Volvo Bromont CCI*** Three Day Event, The Todd Sandler Challenge, will be used as a final preparatory event for both U.S. and Canadian Olympic Eventing Team hopefuls,  attracting the biggest names in the sport from around the world.

An established leader in Scandinavian design, luxury and safety, Volvo has a long association with the Bromont Three Day Event. Volvo has stepped to the forefront with its title sponsorship for this year's event, which will play a vital role in determining who will represent their nation at the 2012 London Olympic Games in July.

"We are pleased to strengthen the existing relationship we have with The Bromont CCI for 2012," said Brad Painter, national marketing manager, Volvo Cars of Canada, "We look forward to an exciting event and wish all the competitors the best of luck in the competition."

Considered one of the most prestigious three day events in North America and offering the highest level of eventing competition in Canada, athletes will compete for prize money and awards offered by the generous sponsors of the Volvo CCI*** Bromont Three Day Event.  In addition to Volvo, Beaulieu Canada, one of the largest distributors and manufacturers of wall-to-wall carpet in Canada, will also be a presenting sponsor at this year's event.

Organizers are expecting over 150 horses to compete in the CCI***, CIC***, CCI**, CCI*, and CCIYJ* divisions.  For more information on the Volvo Bromont CCI*** Three Day Event, please visit http://www.bromontcci.com/.

Keywords:
Life Style, Events/Activities, Special Interests
Descriptions and facts in this press material relate to Volvo Cars's international car range. Described features might be optional. Vehicle specifications may vary from one country to another and may be altered without prior notification.
Related Images
May 22, 2012 ID: 43875 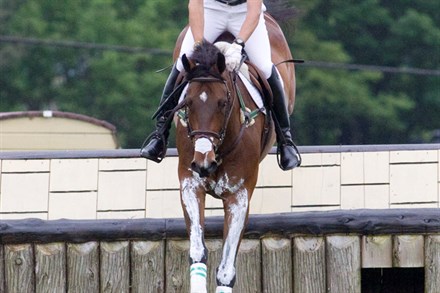