The Polestar Performance software package is now available for the following models:

"We have already received tremendous feedback from our customers just weeks after announcing the T5 software package," said Carol Kitchen, vice president of customer service for Volvo Cars of Canada. "We are pleased to offer this option to our performance-minded customers to own vehicles featuring the award-winning T6 engine."

325 hp and 355 ft-lbs. The software does not negatively affect fuel economy, as the efficient tuning of the engine only increases the power output when needed and will not void the existing Volvo factory warranty.

Polestar Performance is Volvo Car's official Motorsport and performance partner. Polestar has collaborated with Volvo since 1996 and is currently responsible for all of Volvo's major undertakings in motorsport. Since 2009 Polestar also develops performance optimization software for Volvo cars. In 2011 Polestar products are sold and installed by Volvo Dealers in 15 countries. For more information please refer to http://www.polestar.se/

Volvo Cars of Canada Corp. is part of the Volvo Car Corporation of Göteborg, Sweden. The company provides marketing, sales, parts, service, technology and training support to the 41 Volvo automobile retailers across the country. The company's product range includes the stylish and sporty C30, the elegant C70 hardtop convertible, the S40 sedan and the S80 flagship sedan. For customers looking for a vehicle with all-road capability, Volvo offers the versatile XC60, XC70 and XC90. The new-for-2011 S60 sport sedan lineup now includes the T6 AWD and T5 FWD, both offering Pedestrian Detection with Full Auto Brake. The S60 recently joined the 2011 S80, C30, XC60 and XC90 as a Top Safety Pick from the Insurance Institute for Highway Safety (IIHS).

Keywords:
Old S60, Volvo XC60, XC70 (2007)
Descriptions and facts in this press material relate to Volvo Cars's international car range. Described features might be optional. Vehicle specifications may vary from one country to another and may be altered without prior notification.
Related Images
Nov 28, 2011 ID: 41262 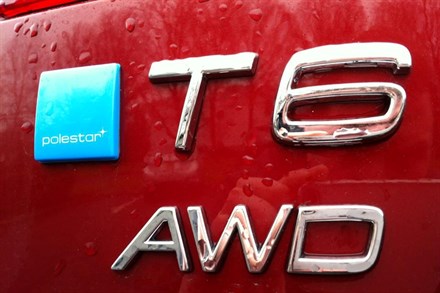