Tooele, UT (May 2, 2011) - It was a day of firsts for Aaron Povoledo on an unusually chilly Saturday at Miller Motorsports Park  - the high reached only 5 degrees. Not only did he notch his first career win in Pirelli World Challenge competition, but he also collected the first victory for K-PAX Racing's Volvo C30s in the Touring Car class.

Aaron started from the fifth position in the number 88 K-PAX Volvo C30 on the Touring Car grid and began a methodical march to the front. By lap five he had moved up to third, and by lap seven he was second place.

For the next 11 laps Aaron was engaged in a fierce battle for the lead with Ron Zitza in a Volkswagen Jetta before taking the lead on lap 18. Once in front, Aaron was able to open a lead that would not be seriously challenged over the final laps. His margin of victory over Zitza was 2.282 seconds with Tristan Herbert finishing third in a Volkwagen GTI.

"Four months ago, the Volvo C30s were dropped off at K-PAX Racing and they just built a winning car in that amount of time," said a jubilant Povoledo in victory lane. "I just cannot believe the rate of development, the amount of hours, the amount of blood, sweat and tears that have gone into this car to get to the point where starting this race I knew we had a shot at winning. I cannot thank the K-PAX crew enough."

Aaron's teammate Rob Holland started from the fourth position in the number 66 K-PAX Volvo C30. Holland got a great start and moved up two positions into second place on the opening lap, and held station behind Zitza during the race's early stages. He ran in fourth position for most of the race before finishing sixth.

"I tried to take the battle to P1, but couldn't quite do it. I ended up falling into a battle with (Touring Car) points leader Lawson Aschenbach and Eric Meyer. I was able to hold them off for all but the last two laps of the race until I got hung up in GT traffic and they both went by and I ended up in P6." Said Holland.

In was a tough day in the GT class for Randy Pobst in the number 6 K-PAX Volvo S60. He was set to start from the seventh position on the grid, but a drivetrain issue caused the car to stall just as the race went green. Randy could not get the car re-started and he was hit from behind by Chris DeSalvo in Ford Mustang as a result. The damage sustained would not allow Randy to continue in the race. He was credited with a 17th place finish.

"We had a fantastic handling car," said a disappointed Pobst after the race. "At the drop of the clutch something in the drivetrain broke instantly and the car never moved. I immediately looked up in the mirror, I told the guys it broke on the radio and I'm saying ‘don't hit me, don't hit me, don't hit me' because I had 42 cars behind me. There was a blue Mustang (DeSalvo) that swerved the wrong way and hit us. It's not his fault - it's always risky when you don't move on the start. My heart is broken for the K-PAX team."

Jason Daskalos took the victory in a Dodge Viper. James Sofronas was second in a Porsche 911 GT3 and Tony Gaples was third in a Chevrolet Corvette.

Pobst is eighth in the GT Drivers' standings with 273 points. James Sofronas leads with 466.

Povoledo sits second in the Touring Car standings with 379 points and Robb is in sixth with 311. Lawson Aschenbach leads with 452.

Porsche leads the GT Manufacturers' standings with 35 points. Cadillac is second with 6 and Volvo is in third place with 3.

In the Touring Car Manufacturers' standings, Volkswagen and Honda are tied with 31 points each. Volvo is in third place with 18.

K-PAX Racing will be back in action at Mosport International Raceway, May 20-22.

Keywords:
C30, Events/Activities
Descriptions and facts in this press material relate to Volvo Cars's international car range. Described features might be optional. Vehicle specifications may vary from one country to another and may be altered without prior notification.
Related Images
May 05, 2011 ID: 37967 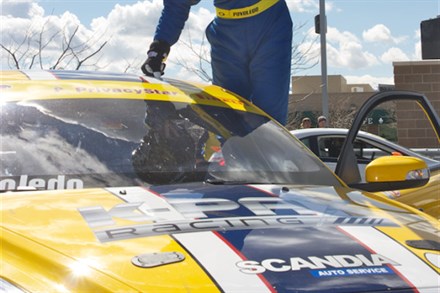 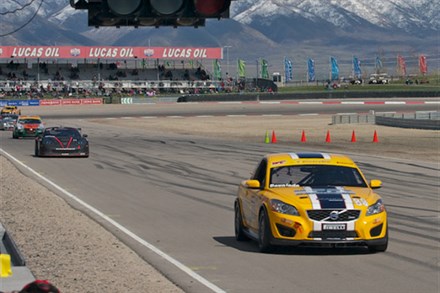