The Volvo XC70 and S80 are now being upgraded with a number of features that further emphasize the company's focus on cars designed around the needs and wishes of people in modern society. The new features include the latest user-friendly Volvo Sensus infotainment system and enhanced technology that make driving even safer and more comfortable.

"These cars mark yet another step forward in our determination to be the brand that best interprets what buyers of modern prestige cars want. Concern for the individual's well-being is the very core of our Scandinavian origin. On this basis we create a logical, intuitive and ergonomically optimized driver's environment that promotes a feeling of relaxed control," says Volvo Cars' President and CEO Stefan Jacoby. Volvo Sensus is an excellent example of how Volvo Cars refines the driver environment. The new infotainment system made its debut in the Volvo S60 in 2010, now the Volvo XC60, XC70 and S80 get the same feature.

In Sensus, all information is presented on a five-inch or seven-inch colour screen in the upper part of the centre stack. The screen is positioned high up to make it easy for the driver to keep his or her eyes on the road. Pressing once on the "My Car" button in the centre stack offers access to a range of settings, such as City Safety, Collision Warning, Pedestrian Detection, Driver Alert System, Active Cruise Control, lighting, door mirrors, climate unit, central locking and even the audio system.

If the customer chooses a multimedia audio system, Volvo Sensus comes upgraded with the larger seven-inch screen that also displays information and images from the navigation system, phone, backup camera, panorama camera, DVD player, digital TV and more. The Bluetooth connection has been upgraded to not only allow hands-free phone conversations, but also music streaming from your preferred Bluetooth enabled portable music player. Volvo is actually the only brand to offer Bluetooth music streaming throughout the entire vehicle range. Integrated navigation with voice commands is available as an option as well as an entertainment system for rear-seat passengers. This package includes, among other things, a DVD player, two eight-inch screens integrated into the front seat headrests, wireless headphones and remote control.

All the functions can be controlled via buttons built into the steering wheel or touch buttons located just below the colour screen. "Volvo Sensus does not distract the driver from driving. The idea is that the technology should be so intuitive that the user can maneuver the menus without having to read through the instruction manual first. We are one of the few manufacturers to offer the driver access to all the system's functions via buttons in the steering wheel," says Lex Kerssemakers, Senior Vice President, Product Strategy & Vehicle Line Management at Volvo Cars.

The most advanced audio unit, Premium, has a class D digital 5x130W amplifier, subwoofer, Dolby Digital in combination with Dolby Pro Logic II Surround, the latest MultEQ from Audyssey Laboratories and 10 loudspeakers. The market-leading MultEQ technology from Audyssey Laboratories eliminates the distortion that might otherwise be caused by the passenger compartment's particular acoustic properties. The result is crisper and clearer sound for everyone in the car. In addition to Premium Sound, which is combined with a seven-inch screen, there are three other audio system levels. All have been tailored for the car by Volvo Cars' in-house experts.

Pedestrian Detection with Full Auto Brake, previously presented in the Volvo S60 and XC60, is now also available in the Volvo XC70 and S80. It is a support function designed to help the driver detect dangerous situations and it can actively help avoid the nightmare scenario of hitting a pedestrian. Pedestrian Detection with Full Auto Brake uses radar and a camera to monitor pedestrians in front of the car. The system initially provides a warning to alert the driver so he or she can brake or steer clear of a pedestrian. If the driver does not respond, the car automatically brakes with full force moments before the collision becomes unavoidable. With automatic braking, collisions can, in certain circumstances, be avoided at speeds below 35 km/h.  If all cars had Pedestrian Detection with Full Auto Brake, it is estimated that the number of pedestrian fatalities could be reduced by more than 20 percent. The reduction in serious injuries would be almost 30 percent. In three out of ten cases, a collision could be entirely avoided.

Adaptive cruise control down to standstill

In the area of comfort, the Volvo XC70 and S80 can now be specified with the latest version of Adaptive Cruise Control (ACC), which automatically helps maintain a constant safety margin to the vehicle in front. What is new is that this system now operates all the way down to standstill. The car accelerates automatically once the traffic starts moving again.

City Safety is now standard on XC70 and S80. This system can lessen the severity of, or entirely avoid, low-speed rear-end collisions at speeds of up to 30km/h. City Safety keeps a watch on vehicles in front with the help of a laser sensor built into the windscreen at the height of the rear-view mirror. The car automatically brakes if the driver does not respond in time when the car in front slows down or stops - or if the driver is driving too fast towards a stationary object. If the relative speed difference between the two vehicles is less than 15 km/h, the collision can be entirely avoided. If the speed difference is between 15-30 km/h, the speed of impact is reduced in order to minimize the effects of the collision.

Other new features inside and out

Among the other new features in the Volvo XC70 and S80 are:

Keywords:
S80 (2007), XC70 (2007), 2012
Descriptions and facts in this press material relate to Volvo Cars's international car range. Described features might be optional. Vehicle specifications may vary from one country to another and may be altered without prior notification.
Related Images
Apr 12, 2011 ID: 37395 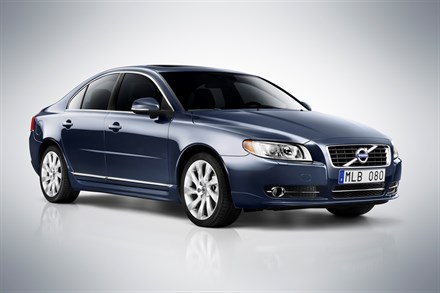 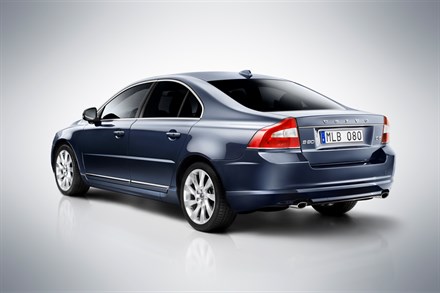 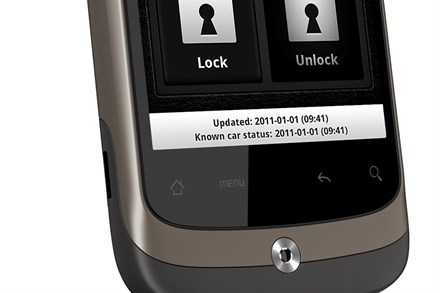 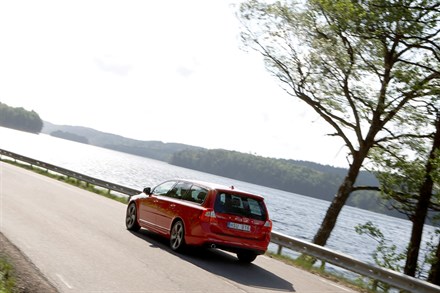