Englewood, Colo. (Feb. 28, 2011) - Randy Pobst, four-time World Challenge GT champion, and new teammate Alex Figge will each drive a K-PAX Volvo S60 in the 2011 World Challenge GT series, but they won't be the only drivers racing Volvos this year.

K-PAX Racing also has prepared a pair of Volvo C30s to run in the Touring Car class, and today announced that Robb Holland and Aaron Povoledo will drive the smaller Volvos. Canadian motorsport fans will get to see the K-Pax team in action at rounds five and six of the World Challenge, held at the world famous Mosport International Raceway from May 20-22, 2011.

"We expect to have a strong season with our expanded Volvo program," said Jim Haughey, owner of K-PAX Racing. "We've got a great group of people preparing these cars, not to mention the defending GT champion and three other talented drivers who know how to win."

Pobst will run the first three races in last year's championship-winning body style, then will be joined by Figge when the new body style is unveiled in late April at Miller Motorsports Park in Tooele, Utah.

"I just feel so lucky to be part of the K-PAX Racing effort," Pobst said.  "Whatever happens, this team is going to be able to compensate for it and be ready for the show - to be competitive, win races and go for the championship again."

Figge, arrives at K-PAX Racing after successful stints in the American Le Mans Series, where he collected eight top-fives and three podium finishes in 18 career starts. He has also competed in open-wheel series such as Atlantic - in which he scored a victory and several top-five finishes - and the Champ Car World Series.

"I'm just super grateful, and want to say how much it means to me that Jim and Volvo and everybody at K-PAX went with me when they had some good drivers on their list," Figge said.

Holland, who will drive a Volvo C30, has been a World Challenge Touring Car competitor since 2005.  In 2010, he competed for 3Zero3 Motorsports and finished fourth in the standings on the strength of four top-five finishes, including a season-best second place in the Sunday race at Virginia International Raceway.

"K-PAX Racing is one of the strongest teams in World Challenge, so we'll definitely come in as the odds-on favourite," Holland said.  "I'm looking forward to making sure that I have my game up to where it needs to be in order to bring home a championship."

Povoledo is a versatile racer with extensive experience both in open-wheel and sports car racing.  Early in his career, he was a Canadian Regional F2000 champion and Players Racing development driver in Atlantic before he moved to sports cars racing in both the American Le Mans Series and Grand-Am.  In 2010, Aaron recorded a fifth-place result in the Grand-Am Continental Tire Challenge ST class at Watkins Glen, along with a signature win at Miller Motorsports Park which included a pole position, fastest lap and most laps led.

"I've been a huge follower and fan of K-PAX Racing for many years now," Provoledo said.  "It's one of the best teams out there, and to be recognized as a driver worthy of driving for them is one of the biggest vindications for all of the work I've put into my career."

Keywords:
Old S60, C30, Events/Activities, Special Interests
Descriptions and facts in this press material relate to Volvo Cars's international car range. Described features might be optional. Vehicle specifications may vary from one country to another and may be altered without prior notification.
Related Images
Feb 28, 2011 ID: 37121 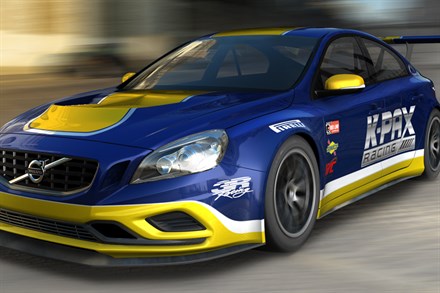 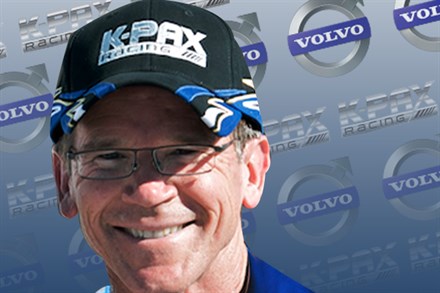