It looks like a regular Volvo C30 and it features the very same safety, comfort and space as the standard car. The difference is that it is powered solely by electricity, entirely without exhaust emissions, and has a range of up to 150 kilometres.
The Volvo C30 DRIVe Electric project has attracted immense international attention. Volvo Cars has received visits from many potential overseas customers and the first sales contract has already been signed.

Volvo Cars' will produce approximately 1,000 C30 DRIVe Electric for the use in test fleets in Europe, China and in the US. The first ten C30 DRIVe Electric's will go to the energy company Göteborg Energi with deliveries starting during the autumn of 2010.

If Volvo C30 DRIVe Electric is recharged using electricity from renewable sources, travel is virtually free from carbon dioxide emissions. The range is up to 150 km on a single battery charge.

The electric motor is housed under the bonnet, just like the engine in a conventional car. A lithium-ion battery powers the Volvo C30 DRIVe Electric. It is charged from a regular mains power socket. A completely depleted battery takes about eight hours to recharge.

The car has a top speed of about 130 kilometres per hour and accelerates from zero to one hundred in 10.5 seconds.

Volvo Cars imposes the very same high safety standards on all its products irrespective of the type of fuel or power source used. Volvo's safety dedication is always focused on the human being and is based on solid know-how of real-life traffic situations. What is more, comprehensive in-house tests are carried out both virtually and in Volvo's highly advanced crash-test laboratory - all with the aim to ensure that the C30 DRIVe Electric is just as safe as any other car bearing the Volvo badge.

Keywords:
C30, Environment
Descriptions and facts in this press material relate to Volvo Cars's international car range. Described features might be optional. Vehicle specifications may vary from one country to another and may be altered without prior notification.
Related Releases 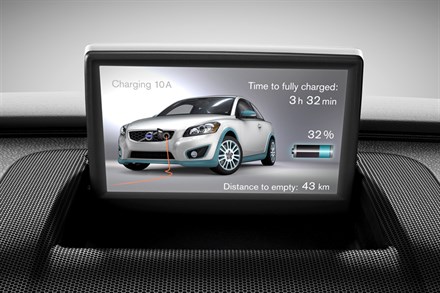 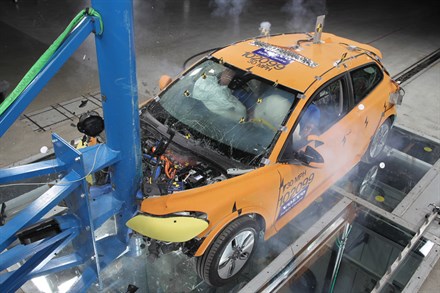