GÖTEBORG, Sweden (November 30, 2005) – Volvo Car Corporation is taking a decisive new step toward helping drivers avoid vehicle collisions with its new Volvo Driver Alert system, technology designed to monitor a vehicle’s progress on the road and alert the driver if it detects signs of fatigue or distraction. The system helps drivers make the right decision, rather than taking control of the vehicle.

The company intends to patent the Driver Alert technology and plans to make the system available in Volvo vehicles within two years.

Driver fatigue is a major traffic safety problem around the world. According to the U.S. National Highway Traffic Safety Administration (NHTSA), approximately 100,000 collisions are caused every year on American highways by drivers who fall asleep. Fifteen hundred of the collisions result in fatalities and a further 71,000 lead to physical injuries. In Europe, the situation is very similar: the German Insurance Association – GDV (Gesamtverband der Deutschen Versicherungswirtschaft e.V.) – estimates that 25 per cent of all fatal collisions on German roads are caused by fatigue.

Based on the statistics from the NHTSA, GDV and the company’s own research, Volvo Cars recognized a need for the Driver Alert system. The company’s goal was to ensure the system would only activate where the risk of falling asleep is the greatest and where a collision would have severe consequences. For example, a straight, smooth road has the potential to lull a driver into a relaxed state while traveling at a high speed. The system is activated at speeds above 65 km/h and remains active until speeds fall below 60 km/h.

Registers what’s happening on the road

Driver Alert monitors the vehicle’s movements to determine if the vehicle is being driven in a controlled way. This method is unique among vehicle manufacturers and designed to be reliable in a variety of circumstances.

“We have chosen to monitor the vehicle’s progress on the road instead of steering wheel input or the driver’s eye movements,” explains Dr Wolfgang Birk, project manager in charge of Driver Alert at Volvo Cars. “This gives us a more reliable indication if something is likely to go wrong, allowing the system time to alert the driver before it is too late. We do not monitor human behaviour – which varies from one person to another – but instead the effect of that behaviour. That is why there is less of a risk of false alarms.”

The system also warns if the driver loses concentration for a reason other than fatigue. The system can detect if the driver is focusing too much on the navigation system, audio system or children in the vehicle, issuing an alert before control is lost.

Driver Alert consists of a camera, a number of sensors and a processor. The camera, which is installed between the windscreen and the rear-view mirror, continuously measures the distance between the vehicle and the markings on the road surface. The sensors register the vehicle’s movements while the processor stores the information and calculates whether the driver is at risk. If the risk is assessed as high, the driver is alerted via an audible signal and a text message appears in the vehicle’s information display.

What’s more, the driver can retrieve a safety rating about their driving style, based on consistency of performance. Included in the vehicle’s trip computer, a display will provide the driver a rating out of five stars. The less consistent the driving, the fewer stars illuminate.

Birk explains that Driver Alert has been tested both in vehicles and in simulators, with excellent results and high dependability. “During our tests, the system never once missed a driver who was falling asleep at the wheel,” says Birk. “Nonetheless, we will continue to test and fine-tune the system until Driver Alert is offered to Volvo customers. We expect it to be available within two years.”

Keywords:
Safety, Technology
Descriptions and facts in this press material relate to Volvo Cars's international car range. Described features might be optional. Vehicle specifications may vary from one country to another and may be altered without prior notification.
Related Images
Nov 30, 2005 ID: 3371 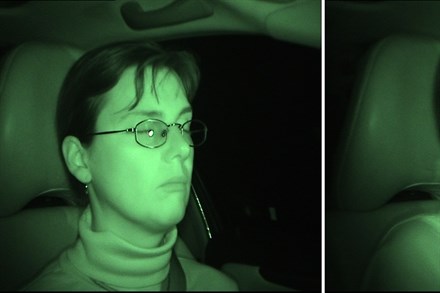 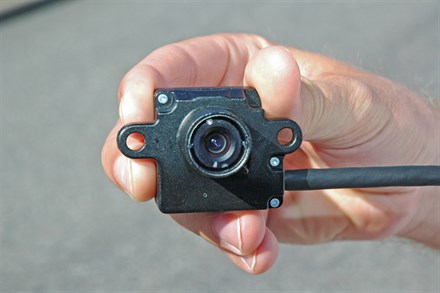