World class safety: The new Volvo V60 – enhanced safety both inside and outside the car

both inside and outside the car

The new Volvo V60 is packed with high-tech solutions that actively help the driver avoid accidents - and help protect the occupants if an accident is unavoidable.

The safety technology also contributes to added safety for unprotected pedestrians and the occupants of other cars.

Pedestrian Detection with full auto brake can detect if a pedestrian steps out into the road in front of the car. If the driver does not respond in time, the car can automatically activate the brakes.

"Volvo has always led the way when it comes to protecting the occupants in our cars. In recent years we have adopted groundbreaking initiatives that help the driver avoid collisions with other vehicles. Now we are taking a giant stride forward with technology that can contribute to increased safety for unprotected road users as well," says Thomas Broberg, Senior Safety Advisor at Volvo Cars. He adds:

"We are truly proud of our success in making our technology so reliable we can offer a complete system that can avoid collision with a pedestrian by detecting, alerting and applying full braking force."

Pedestrian Detection with full auto brake consists of a newly developed radar unit integrated into the car's grille, a camera fitted in front of the interior rear-view mirror, and a central control unit. The radar's task is to detect a pedestrian or vehicle in front of the car and to determine the distance to it. The camera determines what type of object it is.

The function is also programmed to respond to vehicles in front that are stationary or moving in the same direction as the car fitted with the system.

Thanks to the newly developed dual-mode radar's much wider field of vision, pedestrians about to step into the roadway can also be detected early on. The camera has higher resolution than before. This makes it possible to detect pedestrians' patterns of movement.

"The auto-brake system requires that the object is confirmed by both the radar and the camera. Thanks to the advanced sensor technology, it is now possible to increase to full braking power," explains Thomas Broberg. He adds:

"Detecting pedestrians with sufficient reliability has been a complex challenge. Our innovative technology is programmed to trace a pedestrian's pattern of movement and also to calculate whether he or she is likely to step into the road in front of the car. The system can detect pedestrians who are 80 cm tall and upwards, that is to say including children."

The technology is built along the same principles as the human eye and, just like our own eyes, the camera's vision can be impaired in certain light conditions, in the dark and in poor weather.

In an emergency situation the driver first receives an audible warning combined with a flashing light in the windscreen's head-up display. In order to prompt an immediate, intuitive reaction this warning resembles a brake light. At the same time, the car's brakes are pre-charged. If the driver does not react to the warning and an accident is imminent, full braking power is automatically applied.

Volvo Cars has worked for five years on the development of Pedestrian Detection with full auto brake. Test cars have been in operation all over the world to cover all possible variations of traffic behaviour, road condition and climate.

"We've driven many test kilometres in real traffic to "train" the system to recognise pedestrians' patterns of movement and their appearance in different countries and cultures. What is more, we use the information obtained from these tests to conduct advanced computer simulations," explains Thomas Broberg

Avoids collisions at speeds below 35 km/h

Pedestrian Detection with full auto brake can avoid a collision with a pedestrian at speeds up to 35 km/h if the driver does not react in time. At higher speeds, the focus is on reducing the car's speed as much as possible prior to impact. Speed can be reduced by up to 25 km/h.

Statistics reveal that the car's speed has considerable importance for the outcome of the accident. A lower speed of impact means that the risk of serious injury is significantly reduced.

"The proportion of pedestrian fatalities is high today and our technology will play a major role in reducing this danger," says Thomas Broberg.

Also brakes for other cars

Up to 90 percent of all road accidents are caused by distraction. Half of all drivers hitting another vehicle from behind do not brake at all prior to the collision.

Pedestrian Detection with full auto brake is a further development of the Collision Warning with Auto Brake technology already introduced by Volvo Cars. The new V60 can also detect, alert and automatically brake if the car risks hitting another vehicle from behind.

The aim of the initial warning is to alert the driver so that he or she can brake or avoid the danger. If the driver does not react to the warning, the car automatically activates full braking power before the collision is unavoidable. With automatic braking, the collision can be avoided if the speed difference between the two vehicles is below 35 km/h.

Volvo's new sports wagon can naturally also be equipped with a range of additional solutions that help the driver to drive more safely, such as:

The new Volvo V60 features City Safety as standard. This system can lessen or even entirely avoid low-speed rear-end impacts at speeds up to 30 km/h.

Rear-end impacts are common in dense city traffic and when driving in traffic queues. About 75 percent of all these collisions occur at speeds below 30 km/h. What is more, investigations reveal that in 50 percent of cases, the driver has not braked at all prior to the collision.

City Safety keeps an eye on traffic in front with the help of a laser sensor that is integrated into the top of the windscreen at the height of the rear-view mirror.

With City Safety, the car automatically brakes if the driver fails to react in time when the vehicle in front slows down or stops - or if the car is approaching a stationary object too fast. If the relative speed difference between the two vehicles is below 15 km/h, the collision can be avoided. If the speed difference is between 15 and 30 km/h, the speed of impact is reduced to minimise the effects of the accident.

The new Volvo V60 is also fitted with Speed Limiter, a function that helps prevent the driver from exceeding a given speed, for instance the legal speed limit.

High speed is a contributory cause behind a significant part of all fatal road accidents. Swedish Road Administration research shows that between 100 and 150 lives would be able to be saved on Swedish roads every year if drivers kept to the speed limits.

"With the Speed Limiter activated, the driver does not need to watch the speedometer but can instead concentrate on other vehicles and road users. The car itself ensures that the set maximum speed is not exceeded," says Thomas Broberg.

The new Volvo V60 is equipped with the Roll Over Protection System (ROPS) as standard.

Advanced sensor technology ensures that the belt pre-tensioners and the inflatable curtains deploy in the event of a rollover. This combined with the safety cage helps reduce the risk of occupant injury in such situations.

In a collision situation, the well-balanced combination of high-strength steel of various grades interacts to help prevent intrusion into the passenger compartment. The front body structure of the new V60 is divided into four zones, each of which has a different task in the event of deformation. The transverse engine installation creates more space for deformation and helps reduce the risk of intrusion into the passenger compartment in a frontal collision.

The new V60 has safety belt pre-tensioners in all the seats. The Pre-Prepared Restraints (PRS) regulate the airbags and the safety belt load limiters to optimise protection depending on the force of the impact.

Among its various other safety systems the V60 also has an advanced Side Impact Protection System, seat-mounted side airbags, Inflatable Curtains and the Whiplash Protection System - one of the market's most effective systems for avoiding neck injuries.

The SIPS (Side Impact Protection System) has been further developed in the new V60 to cover a wider range of collision scenarios, for instance if the car is hit from the side ahead of or behind the passenger compartment. This has been made possible through the unique use of a gyro to control activation of the inflatable curtains, side-impact airbags and safety belt pre-tensioners.

This is possible by combining information from sensors in the car with data from the gyro that is part of the Dynamic Stability and Traction Control (DSTC) system.

"The new Volvo V60 is a worthy representative of our aim to build the world's safest cars - and it marks yet another step towards our goal of no fatalities or serious injuries in a new Volvo car by the year 2020," says Thomas Broberg.

The all-new Volvo V60 can be equipped with two-stage integrated child booster cushions in the outer rear seats. The two-stage booster cushion can be set at two heights, allowing children of different sizes to sit high enough to see out through the windows yet at the same time get the most effective protection possible.

Keywords:
Old V60, Safety, 2011
Descriptions and facts in this press material relate to Volvo Cars's international car range. Described features might be optional. Vehicle specifications may vary from one country to another and may be altered without prior notification.
Related Images
Feb 09, 2010 ID: 31684 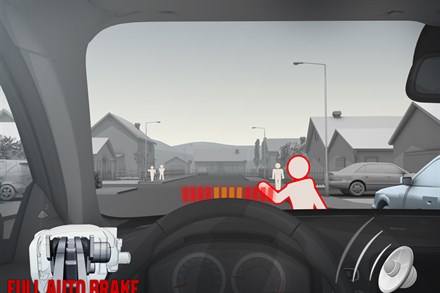 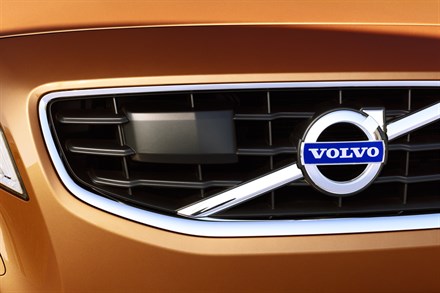 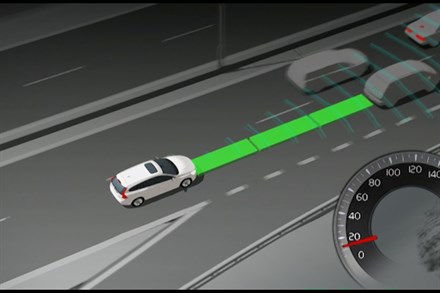 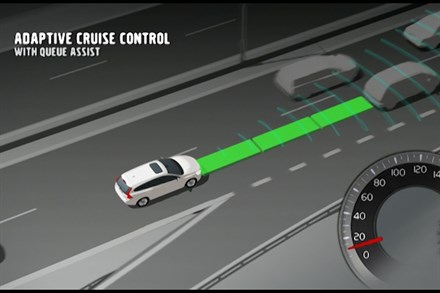