Thomas Andersson, the Executive Vice President of Marketing for Volvo Cars of North America from October 2000 to June 2005, held responsibility to oversee marketing strategy formation and all marketing-related activities. In July 2005 he relocated to Sweden as VP/Chief Operating Officer of the Nordic Region (including Sweden, Finland, Norway and Denmark) as part of the Volvo Car Corporation based in Gothenburg.

Mr. Andersson was a member of Volvo's European Executive Management Team. In this capacity, he was in charge of the company's presence in Eastern and Central European markets, where he presided over significant volume, market share and profitability increases. Further, Mr. Andersson was instrumental in piloting a radical new approach to car retailing in those growing Volvo Markets.

Previously, Mr. Andersson had helped to start up a Volvo sales company in Argentina in 1995 and 1996 before becoming President of Volvo, car distribution, in the region. His efforts culminated in the presentation of a Diamond Award for best Volvo importer performance in 1997.

Mr. Andersson graduated from the Polhem Gymnasium in 1985 with a Degree in Social Sciences and later gained a Master's Degree in Marketing from the Gothenburg Business School in 1991. Mr. Andersson, a native of Sweden, is married to Lovisa. They are parents of two young sons, Axel and Mauritz.

Keywords:
People
Descriptions and facts in this press material relate to Volvo Cars's international car range. Described features might be optional. Vehicle specifications may vary from one country to another and may be altered without prior notification.
Related Images
Sep 18, 2003 ID: 339 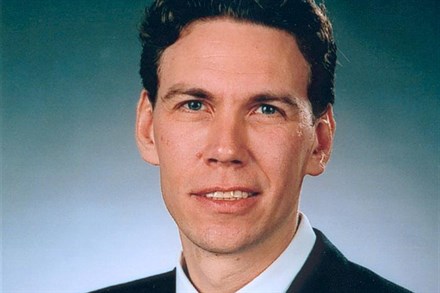