Earlier, he was Representative Director, President and CEO of Mazda Motor Corporation based at the Mazda headquarters in Hiroshima, Japan.

Mr. Booth joined Mazda as Senior Advisor in charge of corporate strategy in February of 2002. Prior to this appointment, he was President, Asia Pacific and Africa Operations for Ford Motor Company, a position he held from January 1, 2000. In this role, Lewis Booth had operational responsibility for South Africa, Australia, New Zealand and India and for developing Ford’s strategy in the Asia-Pacific region.

He also has served as Group Managing Director of the South Africa Motor Corporation (SAMCOR). At that time, Ford had 45 percent equity in SAMCOR, which assembled Ford and Mazda vehicles in South Africa. Subsequently, the SAMCOR joint venture was dissolved and Ford Motor Company of Southern Africa was established.

Mr. Booth joined Ford in 1978 as a financial analysis coordinator with Product Development, Ford of Europe.

During the 1980s and early 1990s, he held a series of management positions in Ford of Europe in Britain and in Germany in Finance Staff, Truck Operations, Product Development, Manufacturing, and Sales.

In 1992, he moved to the United States where he worked for Finance Staff in Dearborn. From 1993 to 1996, Booth held a variety of positions in Car Product Development, Body & Assembly, Vehicle Operations and the Manufacturing Business Office for Ford Automotive Operations before accepting the position of Group Managing Director at SAMCOR in South Africa.

Born in Liverpool, England, Lewis Booth earned a bachelor of engineering degree in mechanical engineering, with honors, in 1970 from Liverpool University in Britain and subsequently qualified as a chartered management accountant.

Keywords:
People
Descriptions and facts in this press material relate to Volvo Cars's international car range. Described features might be optional. Vehicle specifications may vary from one country to another and may be altered without prior notification.
Related Images
Oct 03, 2005 ID: 3128 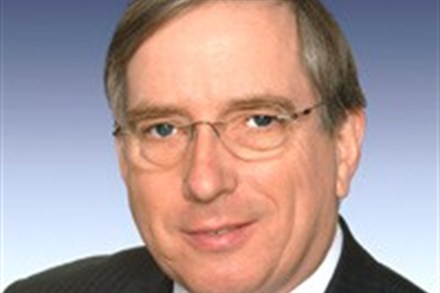