The jury’s recognition of Dr. Jakobsson’s work was outlined in a statement: “For her outstanding contributions in extending the biomechanics knowledge and improving vehicle safety design, Dr Jakobsson is recognized with this award.”

Dr. Jakobsson, who joined Volvo Cars in 1989, is internationally recognized as an expert in impact trauma biomechanics and has made significant and pioneering contributions both to traffic injury research and to the design of safety systems in Volvo vehicles. She is currently leading a Safety Analysis and Research team within Volvo Cars’ Safety Centre in Sweden.

For her Doctoral thesis, Dr. Jakobsson published the results of her work in whiplash-associated disorders from front-and rear-end car impacts.

Dr. Jakobsson has been a driving force in the research on whiplash injuries, including the development of Volvo Cars’ Whiplash Protection System (WHIPS), which is standard equipment in all new Volvo vehicles.

Independent studies have recently confirmed what Dr. Jakobsson believed for many years: the occurrence of whiplash injuries can be reduced by 30-60 percent in vehicles equipped with WHIPS. Dr. Jakobsson also spearheaded the development of a new crash test dummy for whiplash research.

Whiplash injuries have been reported in all types of collision, but the greatest risk of injury stems from rear impacts.

The symptoms of whiplash injury include neck pains, stiffness, headache, dizziness and tingling in the arms. Just how whiplash actually occurs has not yet been precisely established. However, it is believed that damage to ligaments, muscles, discs, facet joints and the nerve system occur during the neck’s three movement sequences: the initial S-shaped movement (retraction) between the head and upper spine, followed by the rearward motion (extension) of the head, and the final forward movement of the head (flexion).

Typically, whiplash symptoms disappear quickly, but more than one-quarter of those who report whiplash injury are put on sick leave for periods lasting from a week to several months. In Sweden, about 1,500 people a year suffer permanent injury. Some of these people experience such severe problems that they cannot return to work.

Volvo Car’s development of the neck protection system is guided by the principle that the entire spine and the head must be properly supported in a collision. For this reason, the company has not focused only on the development of a head restraint but has instead worked on a combination of good head restraint design and a dynamic support function in the seat backrest.

WHIPS consists of a good head restraint (a robust, high restraint that sits close to the head) along with a well thought-out seat backrest that provides uniform support. This is combined with an energy-absorption system built into the articulated joint between the backrest and seat cushion. In a rear impact, the backrest moves rearward with the seat’s occupant, first in a parallel movement before tipping backward slightly. The impact on the occupant’s back is further reduced via the deformation elements fitted in the link between the backrest and seat cushion.

WHIPS was introduced in the Volvo S80 in 1998. As of autumn 1999 (model year 2000) all Volvo models have been fitted as standard with WHIPS in both front seats.

Keywords:
Safety
Descriptions and facts in this press material relate to Volvo Cars's international car range. Described features might be optional. Vehicle specifications may vary from one country to another and may be altered without prior notification.
Related Images
Jul 05, 2005 ID: 2817 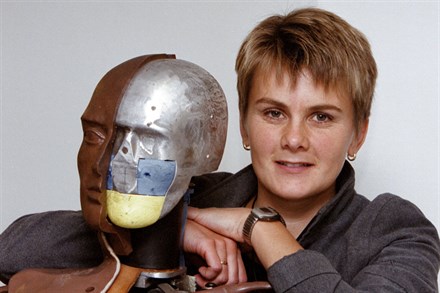 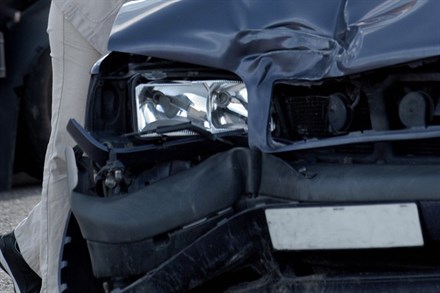