A vast offer of high-quality apps, easier and more convenient ownership, and even safer cars: these are among the ambitions that Volvo Cars wants to achieve with its newly launched Innovation Portal.

With the help of a wider development of software and services for its products, Volvo Cars aims to greatly increase the possibilities for its customers to make their Volvo cars more personal.

The portal’s resources are not only useful for developers, but also for researchers, smart-home tinkerers and computer-savvy artists. By making these available, Volvo Cars continues its long tradition of sharing knowledge and research to contribute to safer roads for all.

“Our cars are becoming increasingly smarter and more connected, and with that comes a growing demand for apps and services among our customers,” said Henrik Green, chief technology officer at Volvo Cars. “By making these resources publicly available, we support developers in- and outside our company, and collaborate with the best of the best in their fields.”

The resources available on the Innovation Portal include a so-called emulator that recreates the Android Automotive Operating System and Google apps used in new Volvos, providing developers with an accurate in-car experience of the system on their computer. This emulator is a helpful tool in supporting app developers to design, develop, test and publish apps directly on Google Play in the car.

The platform will also feature the Extended Vehicle API*, marking the first time Volvo Cars offers an API to the public.

With customers’ consent, the API allows developers and other third parties to access car dashboard data, such as charge/fuel level and distance travelled, and use it to build and provide new services. Additional data and data sources will be made available over time.

Other resources include a LiDAR dataset and a downloadable production 3D car model of the fully electric Volvo XC40 Recharge.

The LiDAR dataset is released together with Luminar, the global leader in automotive LiDAR hardware and software technology, and Duke University. It has been created using Luminar’s high performance LiDAR sensors, which detect objects around the car up to 250 metres away by scanning the environment with pulses of laser lights.

This dataset can help researchers to improve algorithms related to long range LiDAR detection, a crucial element to create autonomous cars that are safe at high speeds and in complex traffic environments.

The high-fidelity 3D car model is developed in collaboration with Unity, the company behind the world’s leading platform for creating and operating real-time 3D content. Unity is used by creators ranging from game developers to artists, architects, filmmakers and automotive designers.

The car model and an accompanying 3D environment are suitable for use in visualisation applications, virtual reality, cinematic experiences and car configurators. These resources are also available as base tools on Unity’s developer hub, where millions of Unity users get access to tutorials on how to use the template.

The Innovation Portal will grow continuously with more and more resources added over time. Within the next few months, a fully functional 3D car model will be released. It will feature digital replications of the car’s physical sensors, allowing users to test sensor data for research and education purposes. Developers will also be able to use the model to build new functions and services.

Visit the site now by following this link.

Keywords:
Product News
Descriptions and facts in this press material relate to Volvo Cars's international car range. Described features might be optional. Vehicle specifications may vary from one country to another and may be altered without prior notification.
To view the full copyright information click here
Media Contacts
Related Images
Jan 29, 2021 ID: 276540 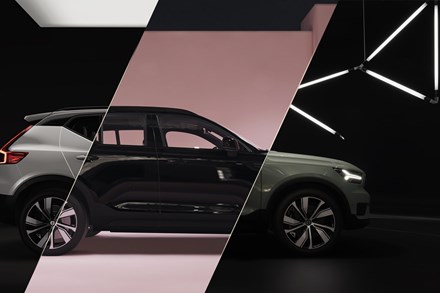 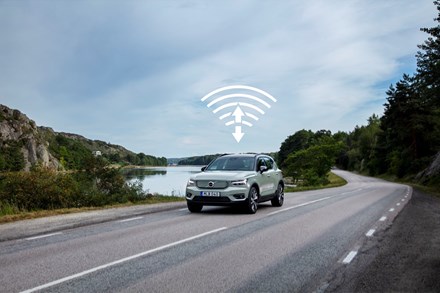