A pirate’s life heading for the Volvo Ocean Race

PORTSMOUTH, England (March 21, 2005) – The Volvo Ocean Race is braced for the glare of the Hollywood spotlight with the ground-breaking announcement today that there will be a Pirates of the Caribbean II entry in the 2005-2006 round-the-world yacht race.

The Walt Disney Company and Volvo (Volvo Car Corporation and AB Volvo) have entered into a unique film marketing deal for Pirates of the Caribbean II that includes the creation of a competitive entry in the world’s premier log distance yacht race.

The Volvo Ocean Race is a round-the-world, 31,250 nm adventure yacht race featuring nine offshore legs. The race is staged once every four years. New for the 2005-2006 event, a special inshore race will be held at each of the main stopover ports to enhance the excitement of the competition and entice larger audiences.

The announcement of the ‘Pirates’ boat ensures a high-profile presence among the fleet for the eight-month epic.

“The excitement and intrigue which this entry brings to the race takes us to a whole new level in terms of global profile and exposure,” said Glenn Bourke, CEO for Volvo Ocean Race. “To include a Hollywood icon such as the Walt Disney Company is a fillip for the event and for sailing in general.”

Bourke added: “The deal also underscores the value of the Volvo Ocean Race as a compelling marketing communications tool in the eyes of the commercial world.”

Four teams from the 2001-2002 race measured the media value of their exposure. The results showed an average of US$50 million, which equates to a 200-300 per cent return on their sponsorship investment. The Volvo Ocean Race 2001-2002 achieved a cumulative audience of over 800 million viewers, ranking it among the top international sporting events.

“We’re excited to be participating in the prestigious Volvo Ocean Race, which is very much like the ‘Formula 1’ of yacht racing,” said Dick Cook, chairman of The Walt Disney Studios. “This is a fun and unique way to remind viewers all over the world that Pirates of the Caribbean: Dead Man’s Chest will be sailing into theatres next summer. Given the film’s high seas adventures and nautical themes, this marathon sporting event is a great way to make some waves and generate awareness among the millions of viewers.”

The ‘Pirates’ campaign will be project managed by Richard Brisius and his Atlant Ocean Racing syndicate.

As part of its support for the Volvo Ocean Race, Volvo Cars of Canada Ltd. will be releasing special Volvo Ocean Race editions of its popular Volvo XC90, XC70 and V70 models. The buyer demographics of these three vehicles closely match those who enjoy boating and competitions similar to the Volvo Ocean Race. Available for sale later this year, the vehicles will sport a unique blue paint scheme and be equipped with a tempting options package.

The Volvo Group (AB Volvo) is one of the world’s leading manufacturers of trucks, buses and construction equipment, drive systems for marine and industrial applications, aerospace components and services. The Group also provides solutions for financing and service.

For further information on the Volvo Ocean Race, please contact:

For information about Pirates of the Caribbean: Dead Man’s Chest, contact:

Royalty-free images can be downloaded from http://media.vemuk.com

Keywords:
Events/Activities, Special Interests
Descriptions and facts in this press material relate to Volvo Cars's international car range. Described features might be optional. Vehicle specifications may vary from one country to another and may be altered without prior notification.
Related Images
Mar 21, 2005 ID: 2671 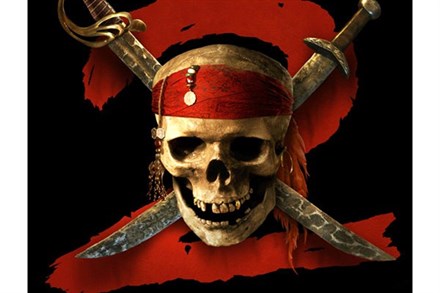 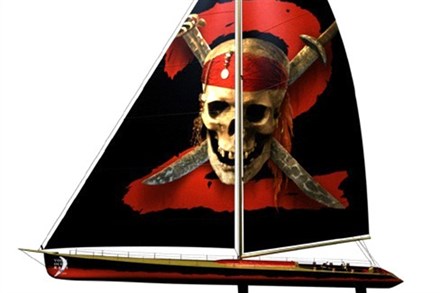