The most important features of Volvo Cars’ autonomous drive-ready production vehicle include several back-up systems for both steering and braking functions as well as battery back-up power. If any of the primary systems should fail for some reason, the back-up systems are designed to immediately act to bring the car to a stop.

In addition to Volvo’s built-in back-up systems, an array of sensors atop and built into the vehicle are designed for Uber’s self-driving system to safely operate and maneuver in an urban environment.

The autonomous drive-capable production vehicle revealed today is part of Volvo Cars’ 2016 commercial agreement with Uber for the delivery of tens of thousands of autonomous drive-ready base cars in coming years.

“We believe autonomous drive technology will allow us to further improve safety, the foundation of our company,” said Håkan Samuelsson, president and chief executive of Volvo Cars. “By the middle of the next decade we expect one-third of all cars we sell to be fully autonomous. Our agreement with Uber underlines our ambition to be the supplier of choice to the world’s leading ride-hailing companies.”

“Working in close cooperation with companies like Volvo is a key ingredient to effectively building a safe, scalable, self-driving fleet,” said Eric Meyhofer, CEO of Uber Advanced Technologies Group. “Volvo has long been known for their commitment to safety, which is the cornerstone of their newest production-ready self-driving base vehicle. When paired with our self-driving technology, this vehicle will be a key ingredient in Uber’s autonomous product suite.”

Uber’s mission is to create opportunity through movement. We started in 2010 to solve a simple problem: how do you get access to a ride at the touch of a button? More than 10 billion trips later, we're building products to get people closer to where they want to be. By changing how people, food, and things move through cities, Uber is a platform that opens up the world to new possibilities. Today, the team at the Advanced Technologies Group (ATG) is tackling another challenge: how do you build and deploy safe self-driving technology at scale? The ATG is comprised of world-class engineering talent dedicated to vehicle safety, self-driving software, mapping, and more. Uber is taking a holistic approach to bringing self-driving vehicles to market through a variety of partnerships, with the ultimate goal of creating autonomous ridesharing at scale.

Keywords:
Safety, Technology, Mission, Autonomous Drive
Descriptions and facts in this press material relate to Volvo Cars's international car range. Described features might be optional. Vehicle specifications may vary from one country to another and may be altered without prior notification.
To view the full copyright information click here
Media Contacts
Related Images
Jun 12, 2019 ID: 254706 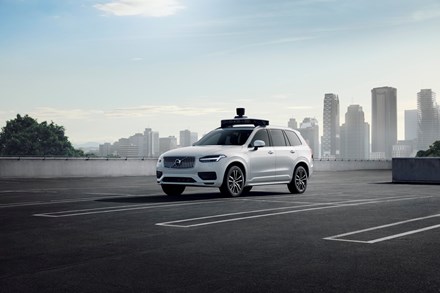 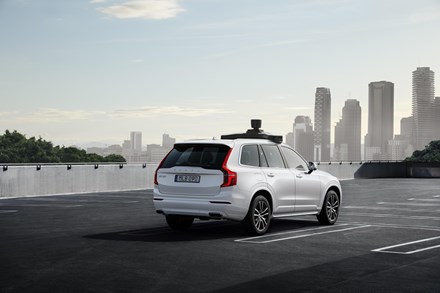 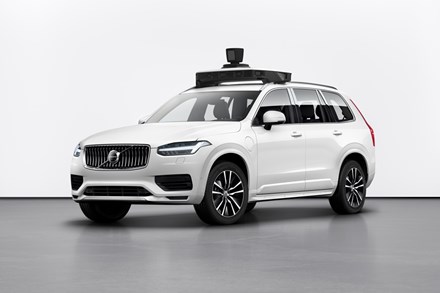