Richmond Hill, ON. (April 23rd, 2019) – The Canadian Opera Company and the Four Seasons Centre for the Performing Arts have joined forces with Volvo Car Canada, which was named their official automotive partner effective March 1, 2019. With their shared commitment to performance and design excellence, the partnership is a natural fit for both organizations.

“We are delighted to welcome Volvo Car Canada as the official automotive partner of the Canadian Opera Company and Four Seasons Centre for the Performing Arts,” says COC General Director Alexander Neef. “Volvo’s values of creativity, innovation and excellence so closely mirror our own and we look forward to exploring all the collaborative possibilities as we embark on this new partnership.”

“We are excited to announce a partnership between Volvo Car Canada and the Canadian Opera Company.

Volvo Cars has an extensive history of partnerships with cultural institutions in Canada and around the world.  Being the official automotive partner of the Canadian Opera Company continues this tradition,” says Marko Zupet, Event Manager, Volvo Car Canada.

Volvo Car Canada will be the exclusive automotive brand on-site at the Four Seasons Centre, most notably through year-round vehicle placement both inside and outside the venue. As part of the partnership, Volvo will also work with the COC to design creative spaces and experiences through brand-activations at COC special events, including Centre Stage and Operanation.

About the Canadian Opera Company

Based in Toronto, the Canadian Opera Company is the largest producer of opera in Canada and one of the largest in North America. The COC enjoys a loyal audience support-base and one of the highest attendance and subscription rates in North America. Under its leadership team of General Director Alexander Neef and Music Director Johannes Debus, the COC is increasingly capturing the opera world’s attention. The COC maintains its international reputation for artistic excellence and creative innovation by creating new productions within its diverse repertoire, collaborating with leading opera companies and festivals, and attracting the world’s foremost Canadian and international artists. The COC performs in its own opera house, the Four Seasons Centre for the Performing Arts, hailed internationally as one of the finest in the world. Designed by Diamond Schmitt Architects, the Four Seasons Centre opened in 2006. For more information on the COC, visit coc.ca.

Keywords:
Product News
Descriptions and facts in this press material relate to Volvo Cars's international car range. Described features might be optional. Vehicle specifications may vary from one country to another and may be altered without prior notification.
To view the full copyright information click here
Related Images
Apr 23, 2019 ID: 251805 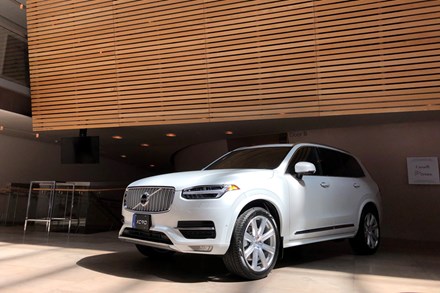