Daniel Alfredsson is Captain On The Ice, Crew On The Water

GOTHENBERG, Sweden – Daniel Alfredsson may be the captain of the NHL’s Ottawa Senators when he steps on the ice, but today (Saturday) he’s just another member of the crew when he steps aboard a Volvo Ocean 60 yacht for the first round of the Volvo Baltic Race here.

Alfredsson impressed the British skipper of the Team Elanders boat when he practiced with the squad Friday, where he settled into his job quickly. “He’s a great team player, which is exactly what we need,” said Matthew Humphries, a veteran of the around-the-globe Volvo Ocean Race. He said Alfredsson’s strength, competitive nature and balance on the heaving deck made him an instant asset to his new team.

Despite being “a natural” at his new sport, Alfredsson doesn’t foresee a career change. “I’ve seen these boats on TV when they sail around the world so it was great to join the crew, and it’s good fun. But I never realized how much hard work it is to make these boats go fast,” he said after his first practice.

The Volvo Baltic Race is a tightly contested, 8-leg race series that starts from Gothenberg and cris-crosses the Baltic Sea, touching down in Denmark and Germany before returning to Sweden on July 7, 2004. The Volvo Ocean Race, an around-the-world yacht race, starts from Spain on November 5, 2005.

For further information on the Volvo Baltic Race, please contact:

Keywords:
Events/Activities, Special Interests
Descriptions and facts in this press material relate to Volvo Cars's international car range. Described features might be optional. Vehicle specifications may vary from one country to another and may be altered without prior notification.
Related Images
Jun 21, 2004 ID: 2054 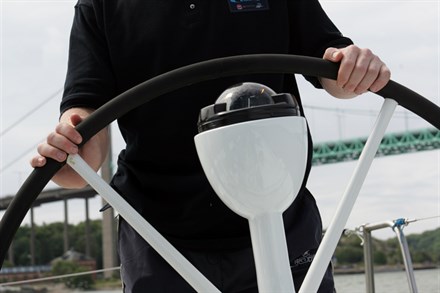