The new concept cars will be the first built on Volvo’s new Compact Modular Architecture (CMA) platform, which has been specifically created to focus on smaller cars, liberating the company’s designers and engineers to explore bold and daring new directions.

Volvo’s new global small car lineup will include a pure battery electric vehicle as well as Twin-Engine plug-in hybrid powertrain variants, in line with the company’s commitment to the electrification of its entire portfolio. Volvo plans to have sold a total of up to 1 million electrified cars by 2025 globally.

Volvo’s small car strategy is an essential element in its ongoing global operational and financial transformation. The Swedish company is currently undergoing a revitalization plan that has allowed the brand to re-stake its claim in the premium segment.

Keywords:
Product News
Descriptions and facts in this press material relate to Volvo Cars's international car range. Described features might be optional. Vehicle specifications may vary from one country to another and may be altered without prior notification.
To view the full copyright information click here
Related Images
May 18, 2016 ID: 190848 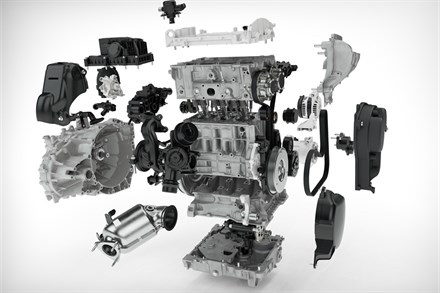