Richmond Hill, ON. April 14th, 2015. Volvo Cars will unveil the most luxurious vehicle ever built by the Swedish company in its 88 year history at the Shanghai International Automobile Show – an elegant and refined four-seat version of its recently launched XC90.

The XC90 Excellence has been crafted by Volvo’s designers and engineers to offer customers a distinct and individual automotive experience that incorporates the latest Scandinavian innovations in design, refinement, comfort and style.

The XC90 Excellence is based on Volvo’s all-new XC90 sports utility vehicle, but the similarity ends there. The XC90 Excellence has just four seats compared to the original’s seven, creating an enormous amount of additional space for rear seat passengers that helps to deliver an exceptional customer experience.

“This is our new flagship car,” said Thomas Ingenlath, Senior Vice President, Design. “We have created the ultimate luxury experience of Scandinavian design. Volvo has never launched a car like this before. This is the car that demonstrates what the name Volvo now means.”

Reinforcing the Swedish love of fresh air, the XC90 Excellence also comes with an integrated ionic air cleaner in the CleanZone climate system. The ionic air cleaner works by positively charging electrons in airborne particles so they are removed from suspension in the cabin environment.

The XC90 Excellence also offers a leather instrument panel with contrasting thread, while the headliner of the cabin is colour-coordinated pure Nubuck textile. Exterior styling differentiators including an Excellence rank mark, chrome B- and C-pillar cappings and lower door mouldings.

The XC90 Excellence incorporates all the features that underpin the XC90’s ongoing success, such as world leading safety features, new powertrain technologies and an unrivalled combination of power and fuel efficiency.

The XC90 Excellence will be available globally later this year and via digital commerce in selected markets.

Keywords:
XC90, Product News
Descriptions and facts in this press material relate to Volvo Cars's international car range. Described features might be optional. Vehicle specifications may vary from one country to another and may be altered without prior notification.
To view the full copyright information click here
Related Images
Apr 14, 2015 ID: 161265 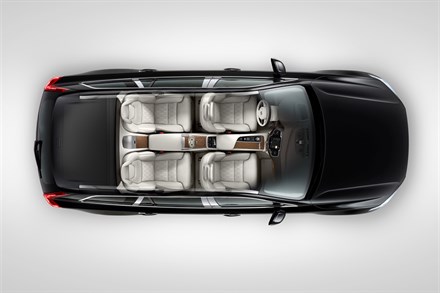 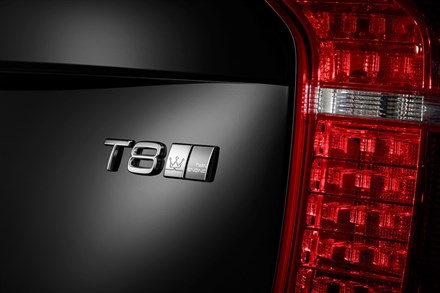