Volvo Cars of Canada Corp. today announced the S40 sedan and V50 wagon would receive more standard and optional equipment for the 2009 model year, including an R-Design option package. R-Design will offer customers a factory-installed option to heighten the visual appeal of their vehicles.

In addition, both the S40 and V50 have been equipped with more than $1,000 of new standard equipment. The S40 and V50 2.4i, for example, receive 16-inch alloy wheels (replacing 16-inch steel wheels and covers), heated front seats, front fog lights and steering wheel-mounted audio controls. Volvo Canada values this equipment at $1,500. The S40 and V50 T5 will also be equipped with heated front seats and Bluetooth mobile phone wireless connectivity as standard equipment, representing $1,100 in equipment. The 2.4i models will offer Bluetooth as a $600 stand-alone option.

The R-Design Package combines visual and functional upgrades that create a vehicle with road presence and can be applied to both the 2.4i ($4,500 for the S40 and $4,650 for the V50) or T5 ($4,200 for the S40 and $4,350 for the V50) trims. For the exterior, the R-Design Package includes 17" alloy wheels, Dual Xenon Active Bending Headlights, a skirt kit, rear spoiler and chrome mirror caps. Interior upgrades include aluminum inlays, sport instrument dials, sport pedals, a cargo cover for the V50, power driver seat and a power passenger seat (T5 only). The R-Design Package also differentiates itself from the rest of the S40 and V50 line-up with R-Design emblems on the grille, steering wheel and embossed on the front seats. Further, the S40 and V50 R-Design come with two-tone, graphite and cream coloured sport seats.

All models will also receive a new Volvo logo on the rear of the vehicle. Similar to the larger V70 and XC70, the S40 and V50 will feature the word "VOLVO" in larger letters with wider spacing located centrally above the licence plate.

Also updated for the 2009 model year is the optional HDD Navigation System with Real Time Traffic, Remote Control and Map Care ($2,500). The software has been updated to offer more scrolling and viewing features. In Toronto, Montreal and Ottawa (Vancouver will be added in late 2008), Volvo vehicles equipped with a Navigation System will be better able to avoid traffic by customizing their drive route around known obstructions that have been digitally transmitted to the system's receiver.

Both the S40 and V50 benefit from more than 80 years of safety research by Volvo Car Corporation. Based on data obtained from studying more than 35,000 real-world collisions involving more than 50,000 occupants, the company has divided the field of safety into three distinct sections: protective, preventive and security.

Security features include a security system as well as approach and "Home Safe" lighting to illuminate the area around and in front of the vehicle to bring attention to any hazards, such as ice.

The Premium Package for the S40 T5 ($2,400) remains the same as the 2008 package with a power driver (with memory) and passenger seat, retractable side-view mirrors with puddle lights, rain sensor, Homelink, auto dimming rear-view mirror with compass and headlight washers.

With the new R-Design package, the 2008 models' Sport and Sport Styling Package are no longer available. However, the DynAudio Package ($1,650 for the 2.4i and $1,000 for the T5) continues. The system offers 650-watts of audio power through a digital amplifier, 12 speakers from DynAudio, Dolby Pro Logic II Surround sound processing and an in-dash, 6-disc CD player.

The sedan and wagon pair will also offer Sirius Satellite Radio either included in the DynAudio Package (2.4i) or as a $650 stand-alone option (T5).

Keywords:
S40, V50
Descriptions and facts in this press material relate to Volvo Cars's international car range. Described features might be optional. Vehicle specifications may vary from one country to another and may be altered without prior notification.
To view the full copyright information click here
Related Images
Jan 11, 2008 ID: 13841 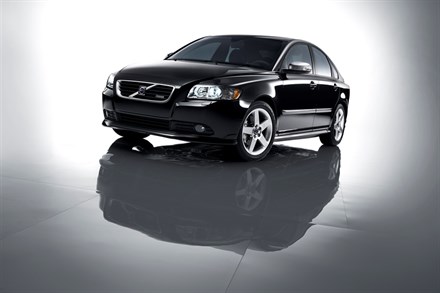 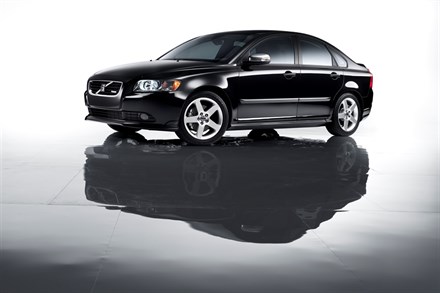