A former employee of Volvo Car Corporation was recently recognized in Sweden for development of one of the world's most important inventions for controlling automotive exhaust emissions: the three-way catalytic converter controlled by an oxygen sensor. In 1976, Stephen Wallman introduced the technology and has now been awarded the Royal Swedish Automobile Club's prestigious gold medal.

At the time of the technology's launch, the automobile industry had been aware for six years that American legislation regarding exhaust emissions was to be made radically stricter by the 1970 "Clean Air Act." Volvo Cars put Stephen Wallman in charge of emission controls development, a project that quickly expanded and included some 60 people.

"We worked with three or four different solutions but soon realised that this was obviously the best one," explains Wallman. "The emissions readings were best, as were driveability and fuel consumption."

As the three-way catalytic converter and oxygen sensor gained recognition, the entire auto industry began adapting the technology. However, it was not until 1989 that Sweden passed legislation regarding emissions levels making the technology became mandatory.

"For such a small manufacturer, VCC actually has two completely unique solutions that can now be found in nearly all cars: the three-way catalytic converter with an oxygen sensor and the three-point safety belt, which is one of the most important safety developments of all time. That is something that we can be very proud of," says Wallman.

Wallman is now retired but follows the development of alternative fuels with great interest. "Unfortunately, I can't really see a common solution for the automobile industry," he says. "Fuels as standardized as petrol and diesel don't exist. Even if everyone were to agree on one alternative, the same raw materials are not available in northern Sweden, the south of France and in the tropics. This presents the industry with a major challenge."

In mid-February, 2008, Stephen Wallman was awarded the Clarence von Rosen gold medal by the Royal Swedish Automobile club for his groundbreaking work with the environment at Volvo Car Corporation.

Volvo Cars of Canada Corp. is part of Volvo Car Corporation of Göteborg, Sweden.  The company provides marketing, sales, parts, service, technology and training support to the 42 Volvo automobile retailers across the country.  The company's product range includes the stylish and sporty C30, the elegant C70 hardtop convertible, the compact S40 sedan, the S60 sport sedan, the S80 flagship sedan, the versatile V50 wagon and the award-winning XC90 sport utility vehicle. For 2008, the company is introducing two all-new models: the redesigned V70 wagon and the rugged and comfortable XC70.

Facts in brief Stephen Wallman:
Age: 65
Family: Wife and grown children
Resides: Gothenburg, Sweden
Education: Technology Licentiate with focus on machines at Chalmers University of Technology
Career at Volvo: September 1, 1968 to December 31, 2002, with duties ranging from head of emissions development, manager for drivelines and manager for Complete Vehicles
Other environment-related work at VCC: Involved in the development of gas and ethanol-powered vehicles and hybrids powertrains
Currently drives: Volvo V70 Flexifuel

Keywords:
Environment, Awards, Historical
Descriptions and facts in this press material relate to Volvo Cars's international car range. Described features might be optional. Vehicle specifications may vary from one country to another and may be altered without prior notification.
Related Images
May 14, 2008 ID: 15299 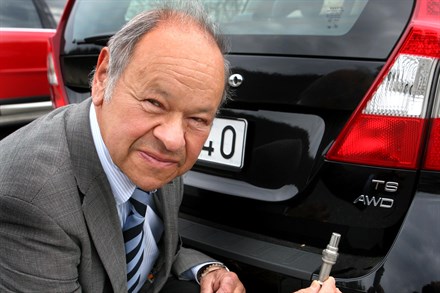 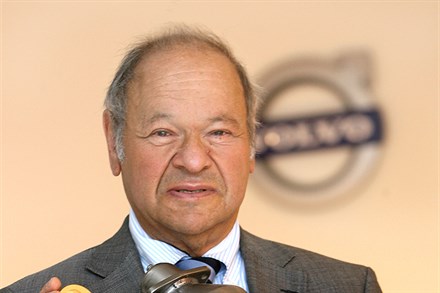