Richmond Hill, ON. November 5th, 2014. With the development of a new safety feature that locates collision-free escape routes, Volvo Cars has taken one of the final steps towards realizing its vision that by 2020 no one should be killed or seriously injured in a new Volvo car.

Unparalleled 360° view around the car – sensor fusion
One of the project’s challenges was to build one cohesive detection system out of a number of discrete sensors installed around the car, something that has never before been accomplished. This required the development of a centralized Sensor Fusion framework to enable the various technologies – cameras, radar, lidar, GPS, etc.— to share information efficiently.

Generating collision-free escape routes – threat assessment
The 360° view is enhanced by the maneuvre generator, a new safety feature that uses software to identify collision-free escape routes in all traffic scenarios. The system, which works by constantly analyzing threats around the car, can even assist drivers with auto-braking and steering. To illustrate how the 360° view and manoeuvre generator work together, the project has built two test vehicles.

A milestone for 2020 and self-driving cars
“Volvo Cars is definitely on the front line when it comes to innovative active safety research and development. And with the Non-Hit Car and Truck project, we’ve taken a significant step towards realizing the vision that by 2020 no one should be killed or seriously injured in a new Volvo car. The
technology is also imperative for the development of self-driving cars, which will be able to automatically steer and brake to avoid collision with any object in any situation. Our primary objective is to focus on preventing different types of accident scenarios. But going forward, we will also continue to work on developing cars that adapt to each individual driver’s unique behavior,” says Anders Almevad, Project Manager for the Non-Hit Car Project at Volvo Cars.

About Volvo Cars of Canada
Volvo Cars of Canada Corporation is part of the Volvo Car Group of Gothenburg, Sweden. The company provides marketing, sales, parts, service, technology and training support to the 38 Volvo automobile retailers across the country. The S60, S80 and XC60 are among only 22 vehicles that have been awarded the prestigious new Top Safety Pick+ by IIHS (Insurance Institute for Highway Safety). Volvo Cars is committed to Vision 2020, our goal that no one shall be killed or seriously injured in a Volvo by the year 2020.

About Volvo Car Group
Volvo has been in operation since 1927. Today, Volvo Cars is one of the most well-known and respected car brands in the world with sales of 427,000 in 2013 in about 100 countries. Volvo Cars has been under the ownership of the Zhejiang Geely Holding (Geely Holding) of China since 2010. It formed part of the Swedish Volvo Group until 1999, when the company was bought by Ford Motor Company of the US. In 2010, Volvo Cars was acquired by Geely Holding.

Keywords:
Product News
Descriptions and facts in this press material relate to Volvo Cars's international car range. Described features might be optional. Vehicle specifications may vary from one country to another and may be altered without prior notification.
To view the full copyright information click here
Related Images
Oct 07, 2014 ID: 153120 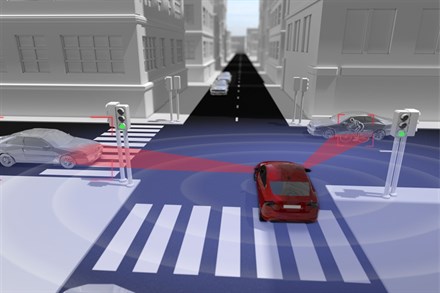