The new Volvo XC60 will be launched with City Safety on the standard equipment list, Volvo Cars Corporation announced today. City Safety is the company's new technology, developed in-house, to help avoid or reduce the severity of low-speed collisions in city and stop-and-go traffic if the driver fails to respond.

Volvo Cars' real world safety research indicates that 75 percent of all reported collisions take place at speeds of up to 30 km/h. In 50 percent of those cases, the driver does not brake before the collision due mainly to distraction. It's these situations that fueled Volvo Cars' motivation to develop the City Safety system.

City Safety is active at speeds of up to 30 km/h. If the vehicle in front brakes suddenly and City Safety determines that a collision is likely, the brakes are pre-charged. If the driver remains inactive, City Safety engages the brakes automatically. If the relative speed difference between the two vehicles is less than 16 km/h, it's possible that City Safety may help the driver entirely avoid the collision. With a relative speed difference of between 16 and 30 km/h, the focus shifts to reducing speed as much as possible prior to impact.

"City Safety is yet another example of Volvo's ambition to tackle real-life traffic situations when developing solutions aimed at preventing accidents," says Jonas Ekmark, manager of Preventive Safety at the Volvo Cars' Safety Centre. "It feels particularly satisfying that we can also offer City Safety as standard in the new Volvo XC60."

City Safety monitors traffic with a laser sensor integrated into the windscreen near the rear-view mirror. The laser sensor can detect vehicles and other objects up to 10 metres in front of the XC60's front bumper. City Safety was developed to react to vehicles in front that are either at a standstill or are moving in the same direction as the Volvo vehicle.

Based on the gap to the vehicle in front and the XC60's own speed, the system makes 50 calculations a second to determine what braking force is required to avoid a collision. If the calculated braking force reveals that the risk of a collision is imminent and the driver fails to respond, City Safety helps to either avoid or reduce the severity of the collision by automatically engaging the brakes and reducing the throttle opening. At the same time, the brake lights are activated to warn other traffic.

The best possible situation is for no collision to occur, dramatically reducing the likelihood of injuries or vehicle damage. In some cases, it's possible for City Safety to deliver this result. However, there are situations where a collision cannot be avoided due to a variety of conditions, including vehicle speed, environmental conditions, etc. When a collision is unavoidable, City Safety is designed to help reduce the force of the collision so that the occupants of the vehicle in front suffer a less serious impact, increasing the likelihood that injuries such as whiplash will be avoided.

For the Volvo vehicle, the collision can be both a physically harmful and an emotionally unpleasant experience for the driver and occupants. By reducing the speed prior to the impact, City Safety helps to reduce the risk of injury for the occupants in the Volvo vehicle as well. In some cases, it can dramatically reduce the risk of injury if the XC60 manages to stop completely before the collision.

Even at low speeds, rear-impact collisions can result in significant repair and insurance costs. City Safety can help reduce repair time for the owner and insurance company. Further, when City Safety is paired with the optional Collision Warning with Auto Brake technology, the result is an XC60 that offers auto-braking functions at all speeds.

City Safety works equally well during the day and night. However, the laser sensor has the same limitations as all optical technologies. Namely, the detection capacity can be limited by fog, snow or heavy rain, making it essential that the windscreen is free of obstruction. The sensor is covered by the windscreen wipers, but the driver should pay extra attention to keeping the sensor area clean at all times.

"It is important to underline that City Safety does not relieve the driver of the responsibility for maintaining a safe distance to avoid a collision," says Ekmark. "The automatic braking function does not react until it considers that a collision is imminent. City Safety will help reduce the consequences or completely avoid an imminent collision."

In order to further boost safety and help reduce the risk of injuries, the laser sensor interacts with other on-board technology and conditions the airbag system and the adaptive seat belt load limiters to suit the severity of the collision. This technology is known as Pre-Prepared Restraints (PRS) and is being introduced together with the new Volvo XC60.

While both City Safety and PRS work together, in certain cases - such as in low-speed, low-severity collisions - it's possible for City Safety braking to engage without activating PRS.

Keywords:
Volvo XC60, Safety, Auto Shows, 2010
Descriptions and facts in this press material relate to Volvo Cars's international car range. Described features might be optional. Vehicle specifications may vary from one country to another and may be altered without prior notification.
To view the full copyright information click here
Related Images
Mar 04, 2008 ID: 14616 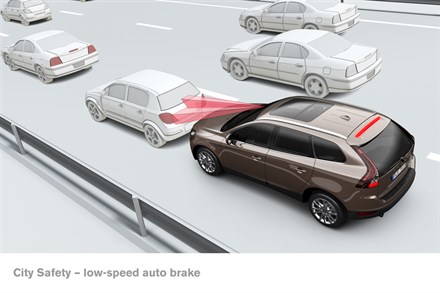 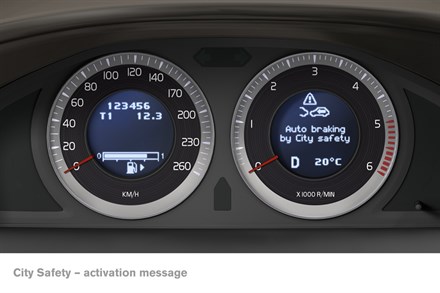 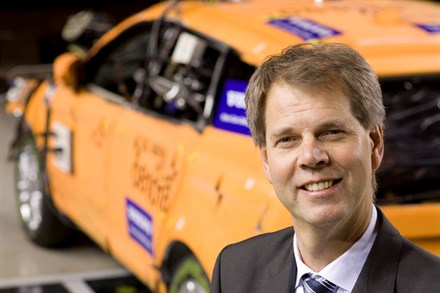