Over the course of 50 years, Volvo's Torslanda factory has produced more than 6.8 million cars that have rolled out across the world. Models such as the Amazon, P1800 and 240 have become a part of Sweden's cultural heritage, and models such as the XC90 and S80 are set to do the same in future. Here you can see a cavalcade featuring some of the models that have rolled out of the Torslanda factory over the past five decades.

A Volvo Amazon was the first model to emerge from the new factory in Torslanda in 1964. At that time, the model had been in production since 1957, had quickly become popular and had another Volvo model, the PV544, as its main competitor.

The Amazon was one of the cars to characterise the Swedish road landscape throughout the 1960s, and lived on until 1970. However, when the factory closed for the holidays on 3 July 1970, its story drew to a close after a total of 667,322 cars manufactured with two, four and five doors. 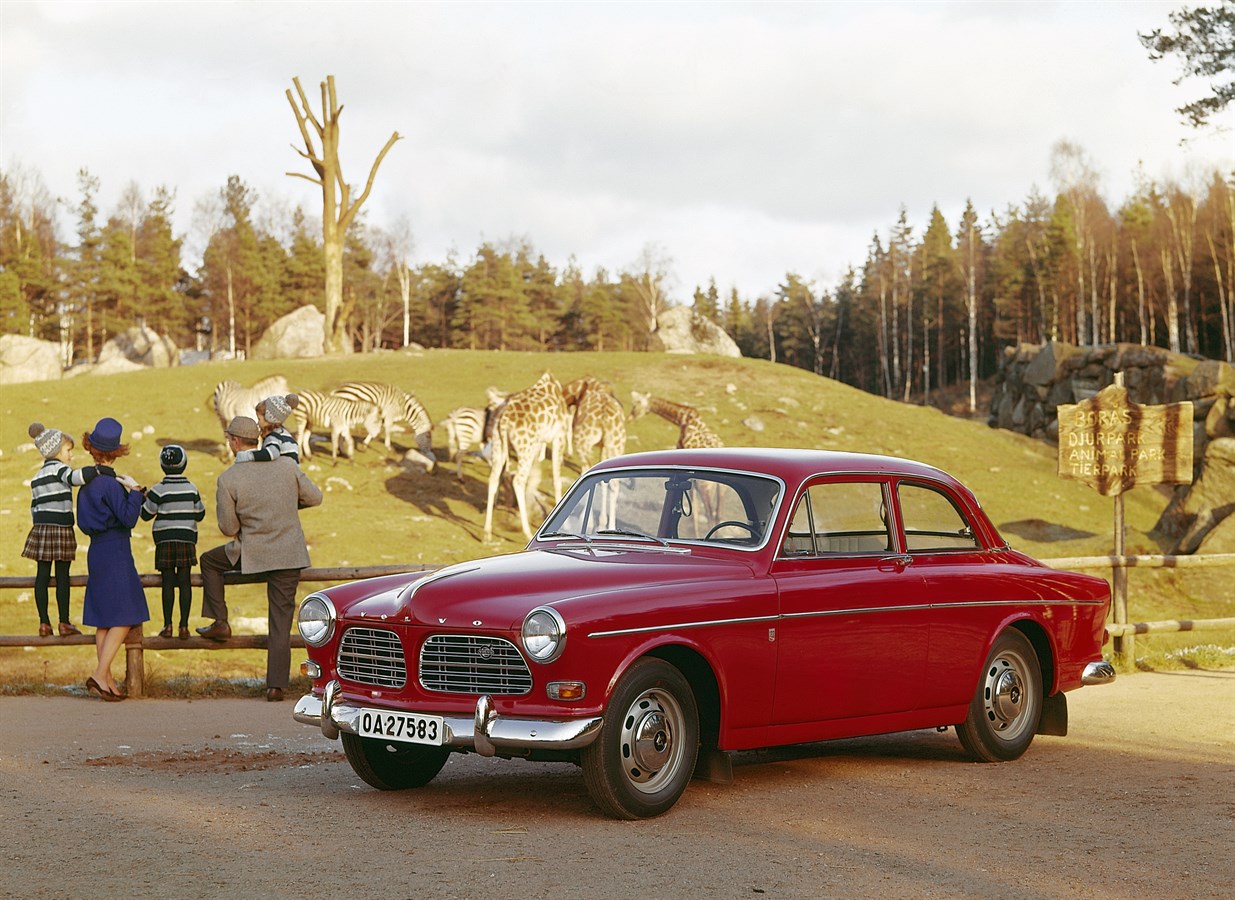 The second model to be produced from the start in the new Volvo factory was the Volvo P1800, the beautiful sports car launched in 1961. With the aid of Roger Moore as Simon Templar in the British TV series The Saint, the P1800 acquired a halo that still shines 50 years later. Today, the P1800 is the most sought-after of Volvo's classic models.

The autumn of 1966 saw the launch of the first entirely new model since the opening of the Torslanda factory: the Volvo 140. This established in earnest Volvo's worldwide reputation as a leader in the field of safety, with new features such as a dual circuit braking system, disc brakes on all four wheels, a split steering column and a body with energy-absorbing zones front and rear.

Six months later came the 145 estate, which eventually created a predilection for Volvo's estate cars, not just in Sweden but on many markets around the world.

1974 saw the launch of the model that would come to symbolise Volvo Car Corporation for many years: the Volvo 240. Few car models have had such a long lifetime, with the 240 series living on until 1993. More than 100,000 car builders in the Torslanda factory have contributed to it rolling out across the world over the years. 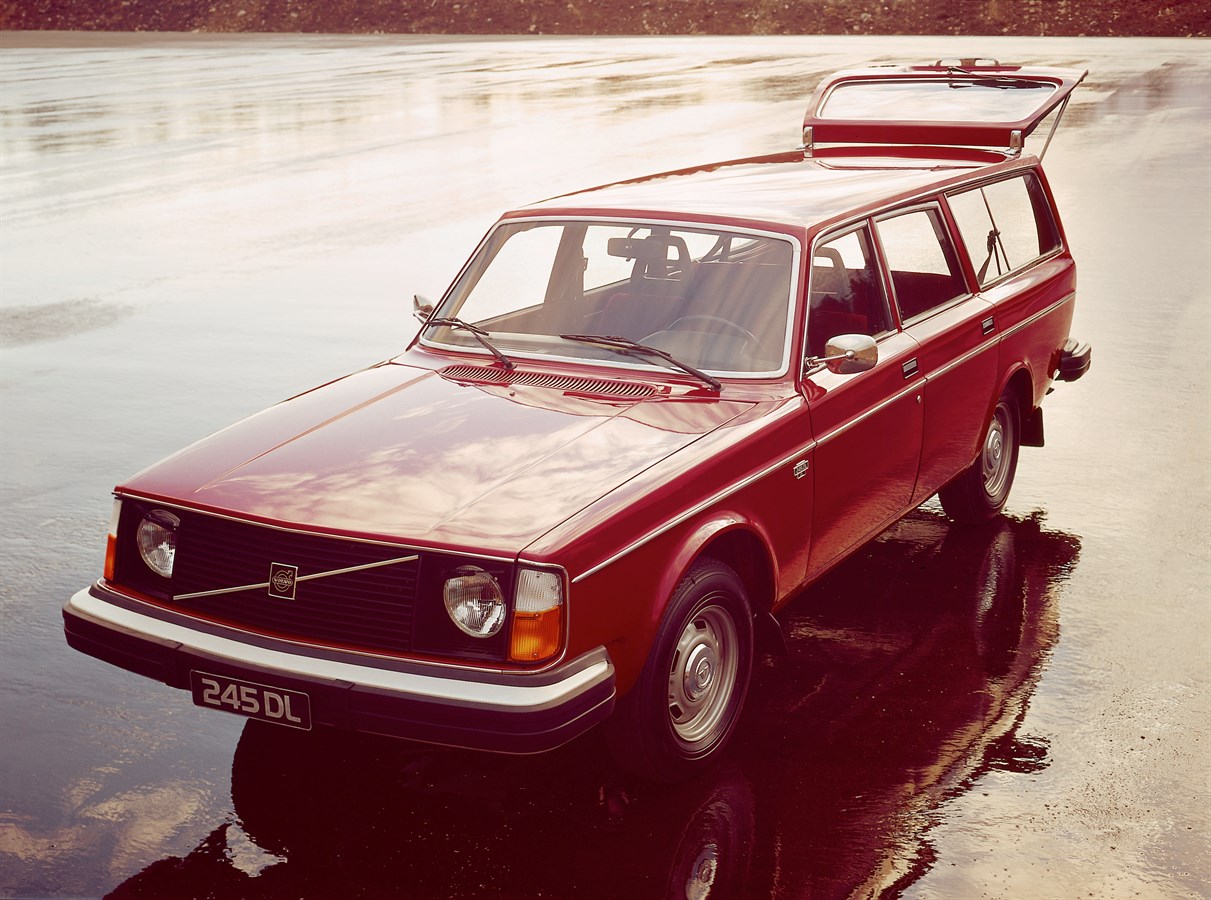 At the start of the 1980s, a turbocharged version of the 240 series was also launched – the first turbo from Volvo and now a much sought-after collector's car.

Many people, particularly in Sweden, reacted to the size – it looked so much bigger than the 240 they had grown accustomed to. But the design was playing tricks on the eye – the 740/760 was the same length and height, almost to the millimetre. 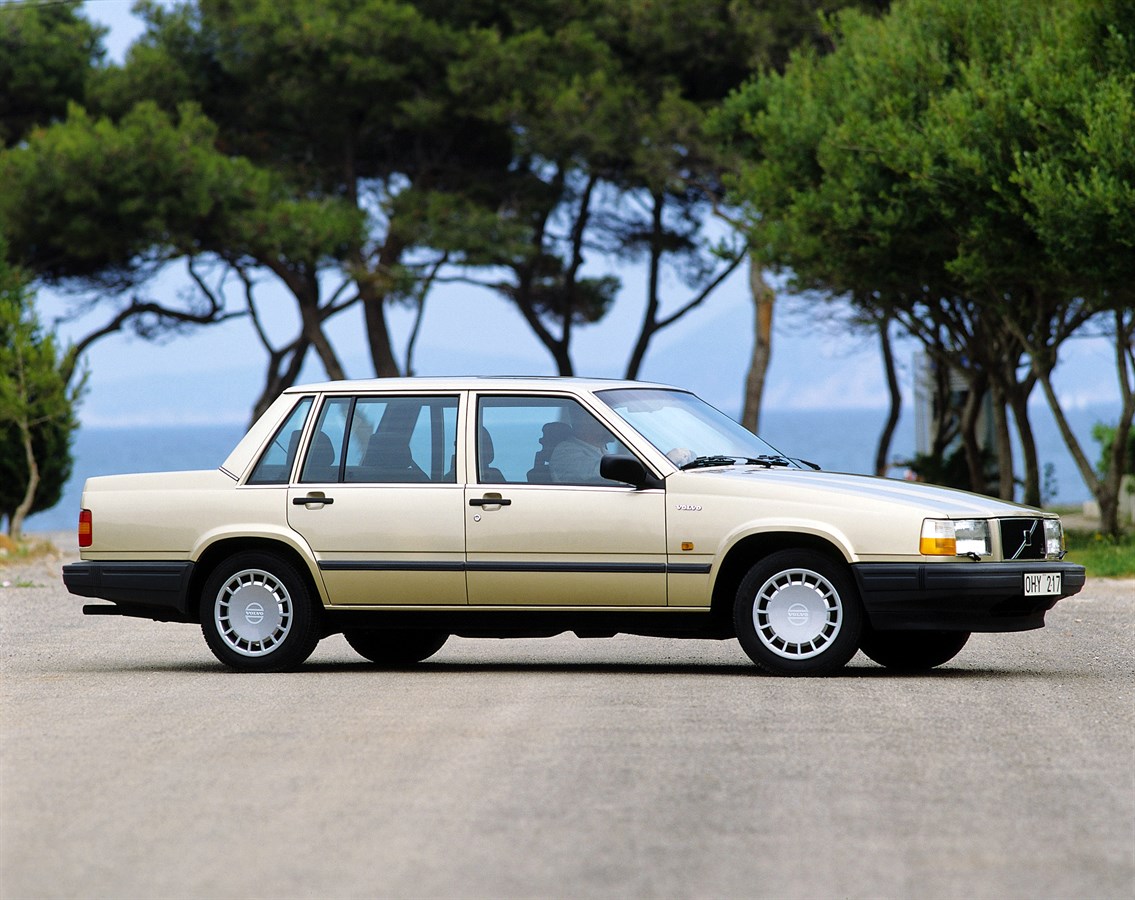 The angular design also contrasted with the more rounded shapes being produced by many other car manufacturers at the start and middle of the 1980s. However, this had been carefully balanced to create timelessness, plenty of space and – surprisingly to many – good aerodynamics.

And this was made up of the three figures 8, 5 and 0: the Volvo 850 which was launched in 1991. This car project was the largest and most expensive in Volvo's history, and was described by Pehr G. Gyllenhammar as the most important to have happened in Swedish industry.

With its transverse, five-cylinder engine, the Volvo 850 was something completely new, not least in the sense that it was the first Swedish-developed, front-wheel drive Volvo ever. The production of the 850 started in Ghent in Belgium, but after a couple of year it came to Torslanda as well.

However, it was another – more traditional – Volvo model that was first to be launched in the 1990s, namely the 940 and its big brother the 960, which started being produced in the first year of the decade. 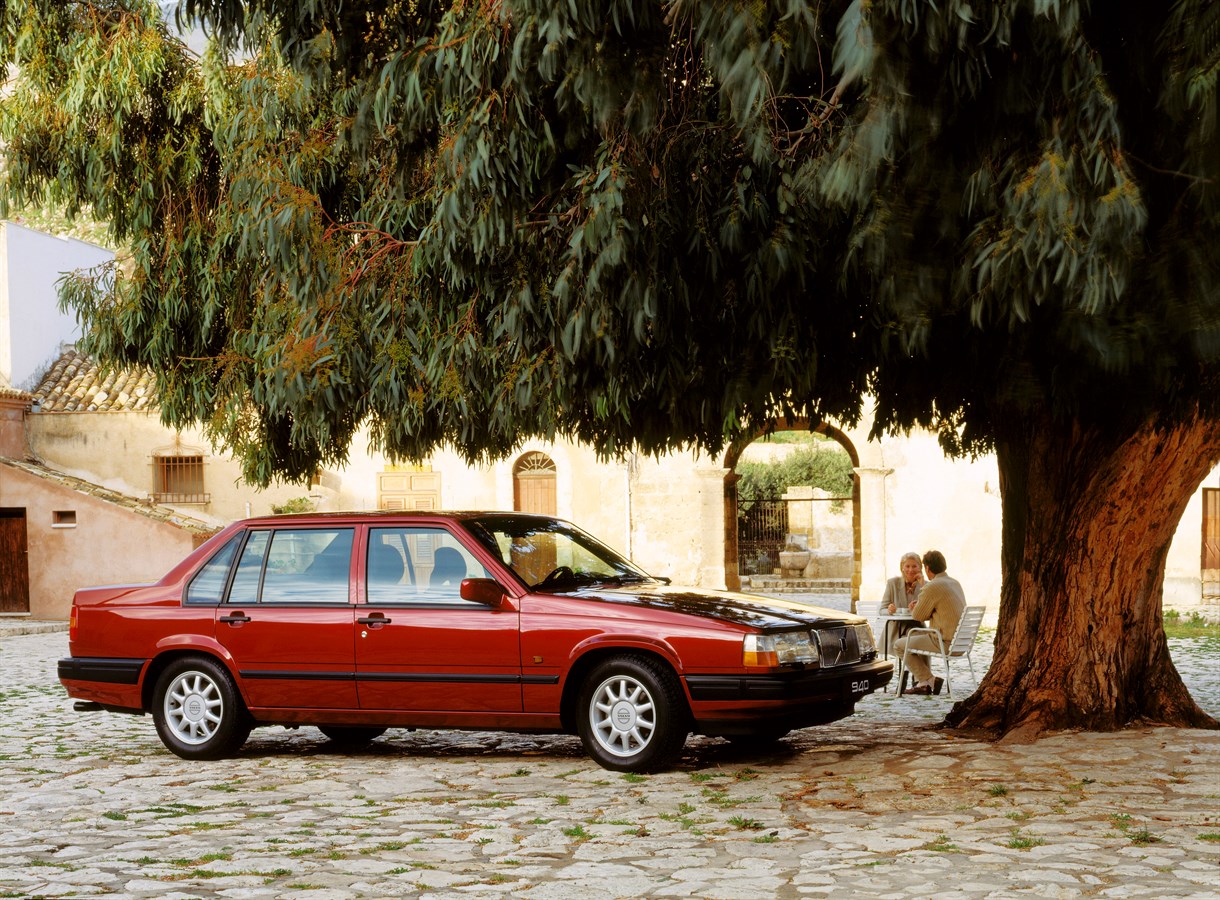 As the Millennium started to draw near, it was time for the successors to the 850 series to take their place in Torslanda, in the form of the S70. The following year, 1998, saw the launch of the large S80 saloon. Designed in Volvo's studio in California, it radiated elegance and authority like few other Volvo models. It was also named the "World's most beautiful car" in the design-conscious country of Italy.

Once again, Volvo confirmed its position as a world leader with regard to safety, principally through new features such as the Inflatable Curtain side impact curtain and WHIPS – Whiplash Protection System.

The new Millennium started hectically in the Torslanda factory. The new V70 and XC70 took their place on the production line, based on the same technology as the S80. In 2002 Volvo stepped into an entirely new model segment, SUVs – Sport Utility Vehicles – which have long been a big seller in the USA. Many critics felt that the new XC90 was coming to the party too late, but they were to be proved wrong. 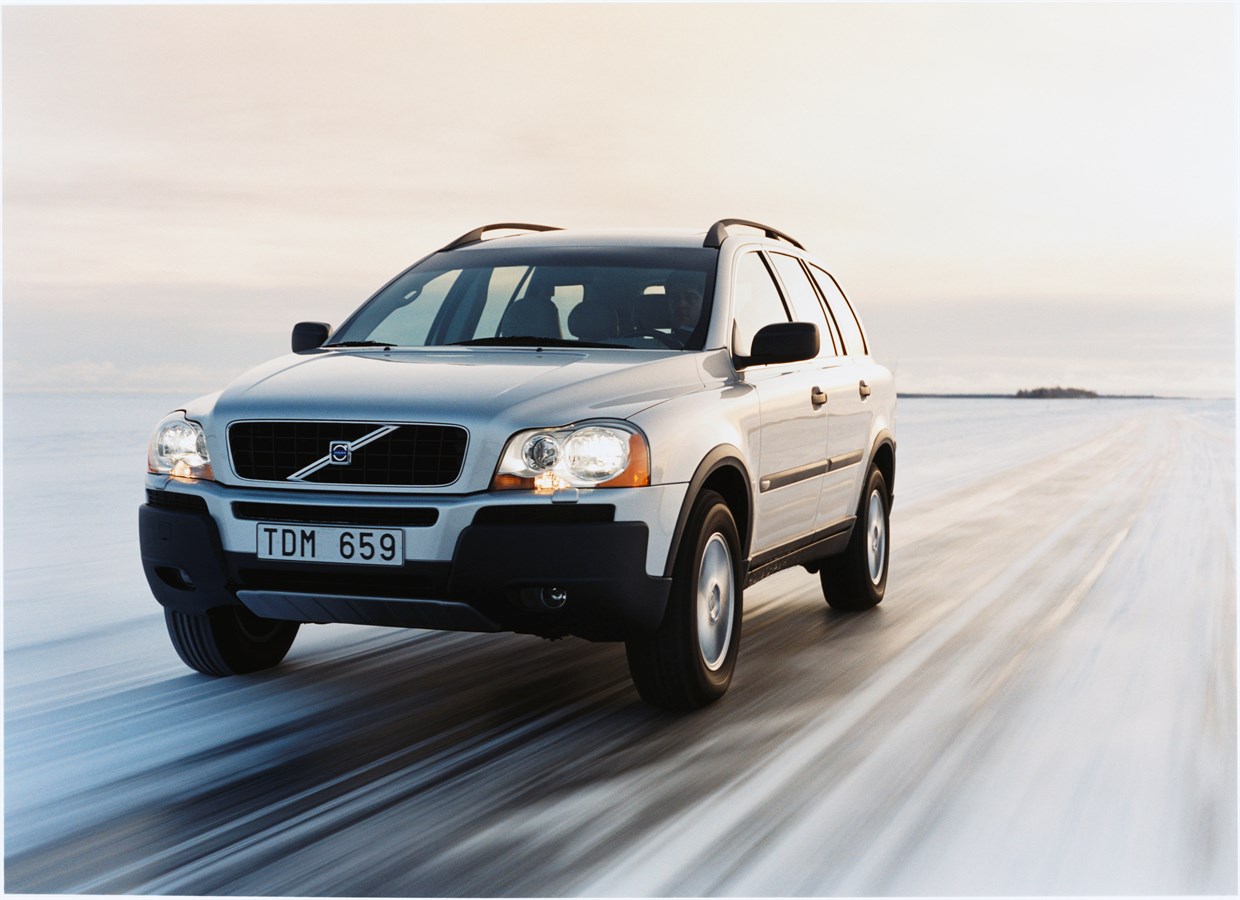 The XC90 was admittedly a large seven-seater, but with the safety, environmental performance, road-holding and practicality of a regular car. Customers loved it and the awards simply continued to stream in, including being named "Truck of the Year" in the USA.

Even before the first car rolled off the production line in Torslanda, 15,000 orders had been received, and production was soon in the region of 60,000 cars per year.

When the first generation XC90 goes out of production later this year, it will have constituted the largest single export product from Sweden ever.

Six different Volvo models are currently manufactured in Torslanda: the S60, V60, V70, XC70, S80 and XC90. And if we add the V60 plug-in hybrid, which requires a separate process due to its high-tension technology, that makes seven. All are produced on the same line, with a mix that is governed by how customers all around the world have ordered their cars – logistics so complicated that it is difficult for an outsider to understand.

After 50 years, our workforce of more than 3,000 employees is now preparing for the next generation of Volvo models, based on the all-new SPA architecture. First to be launched, later this year, will be the all-new XC90.

Keywords:
Facilities, Historical, Manufacturing
Descriptions and facts in this press material relate to Volvo Cars's international car range. Described features might be optional. Vehicle specifications may vary from one country to another and may be altered without prior notification.
To view the full copyright information click here
Related Images
Sep 04, 2002 ID: 5787 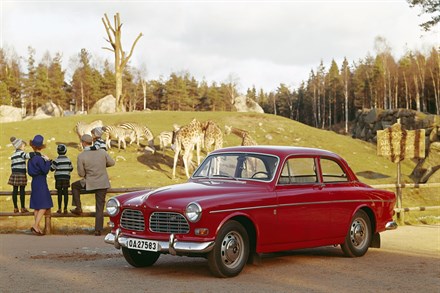 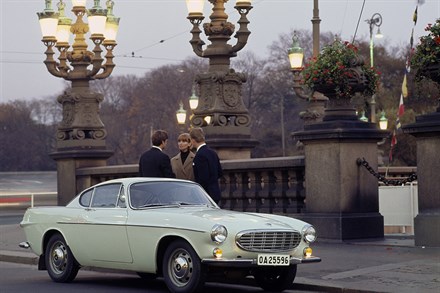