The experiment was conducted to coincide with the launch of the Volvo Concept Coupé, the first expressive interpretation of Volvo’s new design strategy aimed at building a more emotive connection with the brand.  Participants were asked to rate a series of images whilst wearing a dry sensor EEG headset that measured brainwave activity in the pre-frontal cortex of the brain. The images included the new Volvo Concept Coupé alongside perceived ‘bad’ and ‘out-dated’ car design, visuals of happy and crying babies and men & women considered to be ‘beautiful’.

The data was cross referenced and analyzed against previous experiments to calibrate and substantiate the results & findings.

Keywords:
Product News
Descriptions and facts in this press material relate to Volvo Cars's international car range. Described features might be optional. Vehicle specifications may vary from one country to another and may be altered without prior notification.
To view the full copyright information click here
Related Images
Nov 28, 2013 ID: 136176 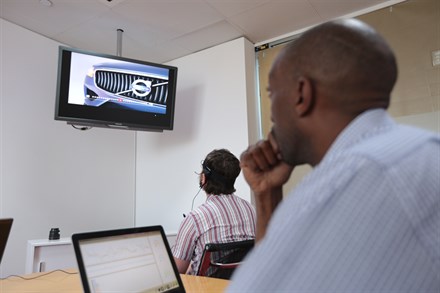