China once again became Volvo Car Group's (Volvo Cars) number one market in October with 5,086 retail sold cars, representing an increase of 50.1 per cent. The best-selling model was the Volvo XC60 with 2,321 sold cars. China also was the second biggest market for the V40 model, after the Netherlands.

In Europe, the Netherlands continues to be the growth driver thanks to a high and stable demand for the attractive low-CO2 versions of the Volvo V40. The Netherlands is also the biggest market for the Volvo V60 Plug-in Hybrid with close to 1,000 sold cars in October alone.

The V60, V70 and XC60 are the top three Volvo models in the Swedish market where Volvo again captured more than 20 per cent share of the total market and thereby retained its leadership on the Swedish market. In the United States, the new model year 2014 versions boosted sales of the S60, S80 and XC70 models and a total of 3,919 cars were retail sold in October. The US was also Volvo Cars’ biggest market for the S60 and XC90 models.

“Our offer is now very strong with a number of new products in the showrooms and we expect continued growth as more markets are launching the new cars and Drive-E powertrains. China in particular is performing outstanding and we expect a full year result well above our target”, says Alain Visser, Senior Vice President Marketing, Sales and Customer Service at Volvo Cars.

Keywords:
Product News
Descriptions and facts in this press material relate to Volvo Cars's international car range. Described features might be optional. Vehicle specifications may vary from one country to another and may be altered without prior notification.
To view the full copyright information click here
Related Images
Aug 12, 2013 ID: 124470 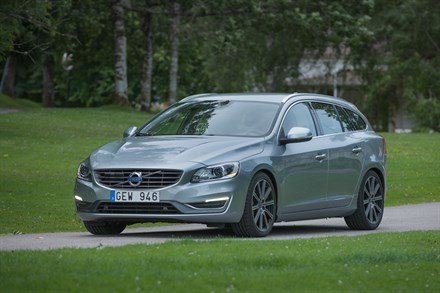