TORONTO (May 24, 2007) - It's been 20 years since the first Volvo vehicle equipped with an airbag left the assembly line in 1987.  Since that day, Volvo Car Corporation has continued to refine airbag technology to enhance collision protection in both frontal and side impacts. Among the protective safety innovations recognized as "world firsts" for Volvo include the three-point seat belt, the seat-mounted side airbag and the Inflatable Curtain.

The airbag began migrating to the standard equipment list on Volvo vehicles with the 1991 850 but early in the technology's development, its reliability was the subject of intense debate. For legitimate reasons, many of the anxieties with the new technology were justified.

"Getting an airbag to deploy is not a problem, but to make it deploy in exactly the right moment is," explains Lennart Johansson, section head at the Volvo Cars Interior Product Development department.

The first airbags emerged in the early 1950s. However, the technology was far from mature. One 1955 patent describes a system similar to today's, but required the driver to press a button to deploy the bag.

Another early industry debate focused on the use of a pyrotechnical charge to inflate the airbag with gas. The discussions concerned both the handling of the explosives in the manufacturing plant and the potential dangers once they were installed in the car.  A controversial bill in the United States in 1984 sped up the airbag development process.  Born out of a concern at the time regarding the number of people who chose not to use their seatbelt, the bill stipulated that within three years, new cars must be equipped with protective safety devices that didn't have to be activated by the occupants.

The airbag was quickly recognised as the best option. Many observers believed that it could even replace the now-ubiquitous three-point safety belt, a safety device first introduced by Volvo Cars in 1959.  However, Volvo successfully argued that the best safety result would be achieved by a co-operation between the safety belt system and the airbag technology.

"More airbags will not necessarily improve the overall safety level," comments Lennart Johansson. "It is important to regard the airbag as part of a systematic approach where the car's structure, the seat belts and the airbags interact to ensure optimum absorption of the collision forces in an accident."

In 1994, Volvo Cars took airbag technology further by introducing a side airbag integrated in the backrest of the front seats, designed to help protect the chest in a side impact.

"We took a huge step forward by making the side airbag a part of our patented Side Impact Protection System that is integrated in the body structure," says Johansson. "It took other carmakers a couple of years to catch up."

By then, it was already time for the next world first from Volvo Cars: the Inflatable Curtain (IC).

The IC is designed to enhance head protection for both front and rear seat occupants in a side impact. The roof-mounted version was introduced when the first generation Volvo S80 luxury sedan was launched in 1998 and has since become a standard feature in all Volvo vehicles, except the C70 hardtop convertible.  Instead, the C70 is equipped with door-mounted inflatable curtains that deploy upwards in a collision and remain inflated to provide protection if the car rolls over.

Volvo Cars has taken this technology another step further in the recently introduced all-new Volvo V70 wagon and XC70.  Both models are equipped with IC that has been extended by 60 millimetres to provide enhanced protection for children in the rear seat.

The airbag technology has changed a great deal since it was introduced 20 years ago and Volvo has been one of the key players in the refinement process.

"Airbag performance has been improved significantly," explains Johansson. "Today's technology is much more adapted to the collision sequence and how occupants are moved by the crash forces.  Twenty years down the road, airbag technology is a vital part of our aim to build the safest cars in the world."

Volvo Cars of Canada Corp. is part of the Volvo Car Corporation of Göteborg, Sweden.  The company provides marketing, sales, parts, service, technology and training support to the 43 Volvo automobile retailers across the country.  The company's product range includes the elegant C70 hardtop convertible, the versatile V70 wagon, the S60 sport sedan, the compact and sporty S40 and V50, and an XC-line of vehicles that includes the rugged XC70 and the award-winning XC90 sport utility vehicle. For 2007, the company is introducing two new models: the redesigned S80 luxury flagship sedan and the stylish and sporty C30.

Keywords:
Safety, Technology, Historical
Descriptions and facts in this press material relate to Volvo Cars's international car range. Described features might be optional. Vehicle specifications may vary from one country to another and may be altered without prior notification.
Related Images
May 24, 2007 ID: 11578 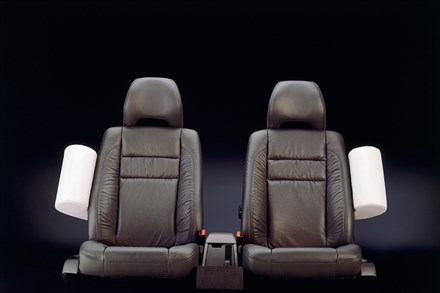 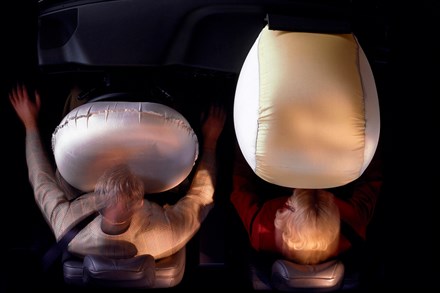