Volvo puzzles the greatest mysteries of the deep

Volvo Car Corporation holds global treasure hunt for real-life buried treasure as tie-in to Disney's new movie Pirates of the Caribbean: At World's End. Join The Hunt now through May 29 at www.volvocanada.com/thehunt.

(IRVINE, Calif.  May 16, 2007) - Where in the world did Volvo sink its treasure? That's today's hottest mystery of the deep as tens of thousands of online treasure hunters across the globe vie to find a chest filled with $50,000 in gold doubloons and a key to a new Volvo XC90, at www.volvocanada.com/thehunt. To inspire, entertain - and possibly even distract - all would-be pirates on their quest for the treasure, Volvo Car Corporation offers up some other great watery mysteries from over the ages.

"Okay, okay. Maybe it is a stretch to call The Hunt one of the greatest mysteries of the deep, but it certainly has got a lot of people flummoxed," said Linda Gangeri, national advertising manager for Volvo Cars of North America. "We thought some of our more prodigious participants might enjoy pitting their wit and skill against some age-old mysteries...but even if they solve them, the only way to get your hands on Volvo's treasure is by joining our Hunt!"

The Hunt, www.volvocanada.com/thehunt, part of Volvo's official promotion of Disney's upcoming film Pirates of the Caribbean: At World's End, is a challenging and engaging series of online clues and puzzles, that ultimately will result in one finalist going to the "burial" location to retrieve $50,000 in gold doubloons and a key to a new Volvo. The Hunt is open to participants age 18 and over through May 29.

Disney's Pirates of the Caribbean: At World's End opens in theaters May 25.

Participants in The Hunt are encouraged to visit thehunt07.spaces.live.com, Volvo's treasure hunt blog and message board, to learn more and discuss the Hunt's developments.

Keywords:
Special Interests
Descriptions and facts in this press material relate to Volvo Cars's international car range. Described features might be optional. Vehicle specifications may vary from one country to another and may be altered without prior notification.
Related Images
May 03, 2007 ID: 11481 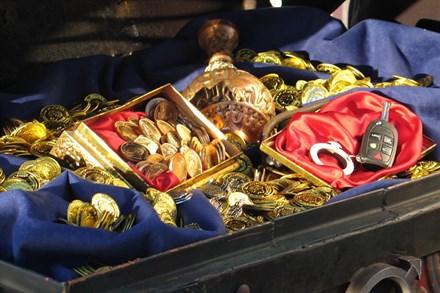 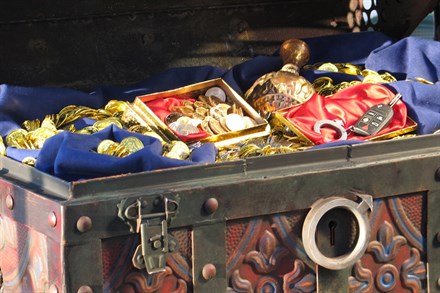