At a press conference held today, February 25 in Beijing, Volvo Car Corporation announced its strategy for growth in China.
The Board of Directors at Volvo Car Corporation has decided, pending approval of Chinese authorities, to invest in a new plant in the city of Chengdu and continue investigations for a plant also in Daqing.

Li Shufu, Chairman of the Board, continues: "Together with my colleagues on the Board of Volvo Car Corporation, I am very happy with the achievements made by Stefan Jacoby and his leadership team over the past few months. We have developed a solid plan for future growth in the strategically important Chinese market. I am also happy to see that Volvo sales show a strong start in 2011 both in Europe and on the US market"

Revised corporate structure
The company's leadership under Stefan Jacoby worked intensively during autumn 2010 and early 2011 on a revised product plan for the next 10 years in order to deliver on the brand objectives, which in turn also have been undergoing major analysis and development. As a result of the new strategic direction of Volvo Car Corporation, several organizational changes at Headquarters in Gothenburg, Sweden, have also been implemented.

An entirely new Volvo organization led by Freeman Shen, Senior Vice President and Chairman of Volvo Cars China Operations has been created in China. A new Volvo Car China headquarters has been established in Shanghai, including a Technology Centre and all functions for purchasing, design, sales and marketing, manufacturing, finance, etc.

"We are increasing our business presence in China from a national sales company to an organisation with all functions necessary to manage our operation in China," said Stefan Jacoby. "Our aim is to reach a sales volume of about 200,000 cars in the Chinese market by 2015."

To achieve the next five-year growth plan in China, the Board and the Executive Management Team have made the following decisions:

"We will build an entirely new plant in Chengdu and further investigate the opportunities for establishing an additional factory in Daqing. Our production in China will, however, not have any impact on decisions affecting capacity utilization of our plants in Sweden and Belgium" says Stefan Jacoby.

Lars Danielson, previously General Manager of the Volvo Torslanda Plant, has been appointed Vice President of Industrial Systems including manufacturing and quality. Lars Danielson is based in Chengdu and is currently planning the complex work involved in constructing a new Volvo plant in the region.

"The Volvo Car China Technology Centre in Shanghai will develop into a complete product development organization on an international level. It will have the competence and capacity to work together with the HQ in Sweden, participating in Volvo Car Corporation's work process for developing entirely new models," says Freeman Shen.

Stefan Jacoby emphasises that Volvo will continue to be a contemporary luxury brand, with products built around people. The key strategy for Volvo Car Corporation is to continue to strengthen its business presence in mature markets like Europe and America while proactively exploring new emerging markets."

Li Shufu says: "We continue to uphold our principle that Geely is Geely and Volvo is Volvo.
A more globalized, more focused luxury brand will turn our vision of a growing and profitable Volvo Car Corporation into reality. The company will continue to contribute to the development of the global automotive industry by introducing world-first innovations that make an outstanding brand win in the marketplace." 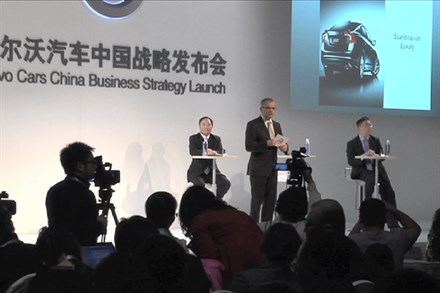 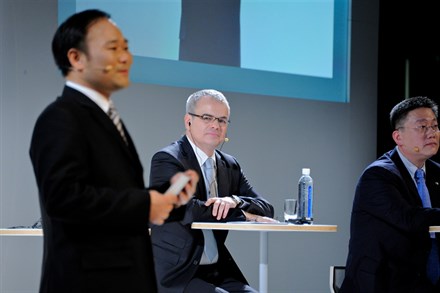 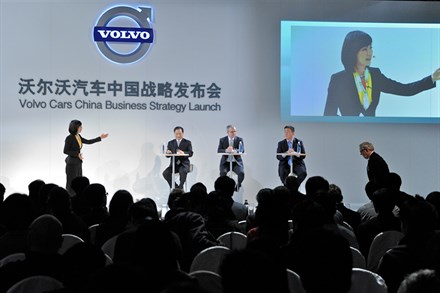