Volvo Cars today reported continued growth both in terms of sales and revenue for the first nine months of 2021, even as a Covid-19 outbreak in Southeast Asia caused an industry-wide supply shortage which impacted production and sales volumes in the third quarter.

The interim report for the third quarter 2021, which can be found here, also shows that in the July-September period the company achieved revenues of SEK 60.8 billion, down 7 per cent compared with the same period last year. Operating income was SEK 3.3 billion in the quarter, representing an operating margin of 5.5 per cent.

Sales volumes in the third quarter fell 17 per cent compared to the same period in 2020. The 12-month rolling sales volume amounted to approximately 741,200 cars.

“Production was approximately 50,000 cars lower in the quarter compared to the same period in 2020, while sales in the period fell by approximately 30,000 cars as the drop in production volumes was compensated by lowered inventory,” said Håkan Samuelsson, chief executive of Volvo Cars. “The supply situation has improved going into the fourth quarter, but we expect the industry-wide shortage of semi-conductors to remain a restraining factor.”

Preliminary figures for retail sales in November show sales volumes of about 52,000 cars, down compared with the same month last year due to build a up of in-transit inventory.

“When I joined industry colleagues and government representatives in Glasgow earlier this month, to sign the Declaration on Zero Emission Cars and Vans at the UN climate conference COP26, it was to send one clear message: the time for action is now,” said Håkan Samuelsson. “For Volvo Cars that means we aim to be the fastest transformer in our industry, and to become a fully electric carmaker by 2030 and a climate neutral company by 2040.”

In October, Volvo Cars started production of its second fully electric model, the Volvo C40 Recharge. The company will increase annual production capacity for fully electric cars at its manufacturing plants in Ghent, Belgium and in Taizhou (previously called Luqiao), China, from approximately 15,000 cars today to at least 150,000 cars after summer 2022.

“Approaching year-end, I’m confident we will reach the outlook stated at the beginning of 2021,” said Håkan Samuelsson. 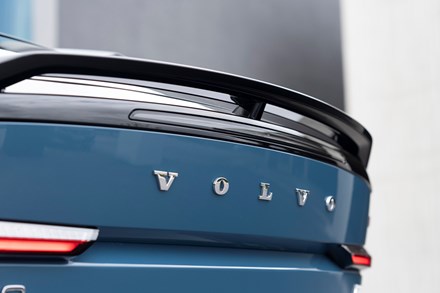