The close title fight of the Scandinavian Touring Car Championship (STCC) will be decided this weekend between Polestar Cyan Racing team-mates Richard Göransson and Robert Dahlgren in the season finale at Knutstorp, Sweden.

Göransson has got the points advantage over Dahlgren, albeit just 22 points, or 16 points with the mandatory points drop, with 75 points left to be fought for. The four-time STCC champion is looking to become the first ever to claim five titles, while team-mate Dahlgren is looking to claim his first.

”I have never fought for a title with my team-mate, so this is going to be special. But when the season finale starts, I have to treat him as any other competitor. I am going to drive hard but fair,” said Richard Göransson.

The duo got involved in a fierce fight in the previous race weekend at Solvalla, with Dahlgren losing 11 points on his team-mate after a clash between the two.

”I have been in this situation before with a team-mate, but never this close in the points. That makes it difficult but at the same time fun. We have completely open cards between us, we know exactly what settings we run on our cars. I hope for a hard but fair fight and my mission is quite simple. I have to qualify on pole, win the first race and be ahead of him in the last race. I am going to give it everything, that is for sure,” said Robert Dahlgren.

Prince Carl Philip will drive his fourth STCC season finale ever and returns to Knutstorp with fond memories from 2015 when he qualified sixth fastest in Q1, as well as claiming points in both races.

”We had a good season finale last year and I hope we can pick up on that for this year as well, ending this season on a strong note,” said Prince Carl Philip.

For Dahlgren to beat Göransson to the title, he needs to score more than five points over Göransson in all three points-awarding sessions, Q1, Race 1 and 2. Adding excitement is that the fight for third position in the championship is equally hard, with three drivers within four points.

”This will be a great season finish where Richard and Robert will fight millimetre for millimetre for the title in two equivalent cars. I have no doubt that we are going to give all of our fans a thrilling fight this weekend,” said Alexander Murdzevski Schedvin, Head of Motorsport at Polestar.

Watch the races live on svtplay.se and follow the team behind the scenes at: stcc.polestar.com

About Polestar
Polestar is the performance brand of Volvo Cars. The company was founded as a motorsport team in 1996 and has been successful in numerous championships, racing with various Volvo models. In 2009, Polestar started to offer performance related products and thereby intensified the business relations with Volvo Cars. The first performance cars, based on Volvo’s S60 and V60, were launched in 2014.
In 2015, Volvo Cars acquired the performance unit of Polestar, as a strong commitment towards a credible performance offer and with the mission to define future premium performance.

About Cyan Racing
Cyan Racing is the motorsport partner to Polestar. The company is owned by Christian Dahl and handles all motorsport operations of Polestar. Cyan Racing, formerly named Polestar Racing, has claimed five STCC drivers’ titles and seven STCC teams’ titles with the Volvo 850, S40, C30 and S60. 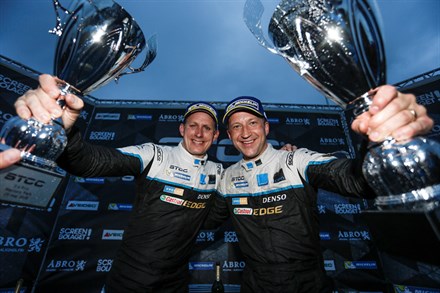 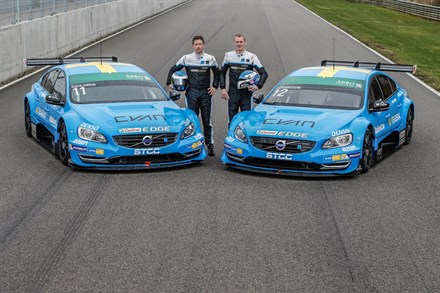