Thed Björk provided the best show of the weekend in the first race where he climbed from last position on the grid to finish seventh, passing nine cars.

”I am really pleased with the weekend. We have got a receipt that we are on pace. We had some issues but that is to be expected and the team has done an amazing work with the car. I can’t wait to get to the next race in Slovakia,” said Björk.

Team mate Fredrik Ekblom was next to score world championship points in the second race, crossing the line in tenth position after a tough fight with, among others, former world champion Rob Huff.

”We have had a good first race and I am delighted leave Paul Ricard with points. The car is fast and I am longing for us to sink our teeth in all the data we have gathered in order to sharpen our knives even further ahead of the rest of the season,” said Ekblom.

Some technical issues came with the debut weekend, with a broken rear suspension for Ekblom in race one after an incident and an electrical issue for Björk in race two.

The total results of the season start are above expectation for the team, most importantly showing competitive pace with an all new car and programme of Polestar Cyan Racing.

”We can conclude that our setup with a Swedish car, Swedish drivers and an all-Swedish crew is working. Our mission for the first race was to gather data. We have done more than that with Thed giving us a great show in the first race and both drivers scoring world championship points,” said Alexander Murdzevski Schedvin, Head of Motorsport at Polestar.

The next WTCC race will be held in two weeks at the Slovakiaring, April 16-17th. 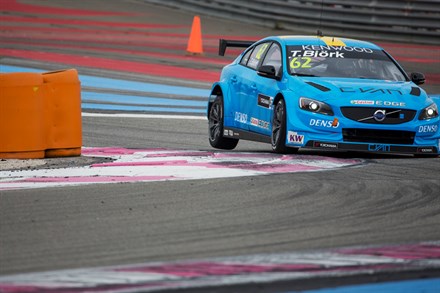 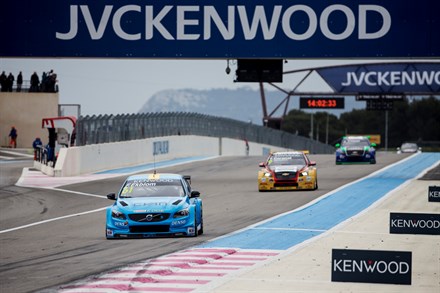