Going topless at night in Barcelona

‘A sprinter on the starting blocks, body curved and tensed just before the gun goes off,’ is how the Volvo C70 Convertible looks to Peter Horbury, design chief at Volvo Cars from 1991 until 2002.

With its sloping ‘V’ hoodline, rakish windows and the positive curve on each side sweeping dramatically up from above the front curved wheel arches, the C70 epitomises Scandinavian design purity, providing a vision of inspired athleticism synthesizing power and grace

“Let’s face it a cabriolet only sells on its looks. Driving a soft-top is the fun part of motoring, and has everything to do with indulgence!” says Peter Horbury, a graduate of Britain’s Royal College of Art who has designed some 35 different cars, plus trucks, buses and motorcycles.

Peter Horbury did not design and style the Volvo C70 Convertible single-handedly as the process is very much a team effort. Instead, the Volvo design guru played the key ‘film director’ role of guiding the cast by providing the vision to be turned into reality through the efforts of the entire design team.

“The C70 Convertible was very much a case of designers creating a car for themselves – designing their own company car in fact!” says Peter Horbury.

So happy was Horbury with the success of turning the vision into reality that he’s run several C70s as his very own company car.

“We began with the notion of creating a family sports car that offered sleek looks, loads of comfort, power on demand and, naturally, fulfilled Volvo’s safety requirements. I think we achieved our ambition because you can seat four people in the C70 with comfort, and those in the backseats enjoy an excellent forward view even with the roof up, which means they don’t feel claustrophobic.”

Peter Horbury says the approach from the start was also to create a design that very definitely could not be viewed as a single sex car – Volvo wanted a vehicle that would be as attractive to a woman as to a man.

“The amazing thing is we achieved all our aims with the C70 Convertible, a sports car that clearly has an appeal touching both men and women equally. Not so very long ago, a German motoring organisation asked its members to rank cars as being either ‘male’ or ‘female’ – the Volvo C70 emerged right in the middle, with 50 percent of respondents seeing it as masculine and the other 50 percent as feminine.”

Peter Horbury says he is not surprised that the Volvo C70 Convertible is emerging a modern classic in its own time, winning praise from the motoring press for its ‘smooth power delivery’, ‘the most comfortable seats anywhere around’ and ‘liberal use of soft-touch materials, leather and nicely dampened buttons controlling cabin functions’.

“I think deep-down we always wanted for people to view the C70 Convertible as being connected in a thoroughly modern way to the classic open European touring cars of the 1930s. There is no doubt in my mind that we succeeded in recreating a sense of classic timelessness by building a beautifully finished and well-equipped car for those wanting top-down luxury motoring in a safe, stylish car. And made sure there was room for two sets of golf clubs in the boot!”

Peter Horbury is also happy to recall one of the great moments he experienced when driving one of his C70 Convertibles: “It was driving with the roof down late one balmy night through the Spanish city of Barcelona and Volvo’s unique Dolby™ Surround Pro Logic™ sound system, with a built-in amplifier for a central speaker, playing Cindy Lauper’s ‘I drove all night’ full blast. Now that’s something I’ll never forget.”

Peter Horbury, born in 1950, is today executive director of design for the whole of Ford’s Premier Automotive Group. He holds responsibility for overseeing future design strategy and processes for Aston Martin, Jaguar, Land Rover and Volvo as distinct and separate makes, and also for cross-brand design philosophies.

Keywords:
C70, Design
Descriptions and facts in this press material relate to Volvo Cars's international car range. Described features might be optional. Vehicle specifications may vary from one country to another and may be altered without prior notification.
To view the full copyright information click here
Aktuelle Fotos
Mai 19, 2003 ID: 7903 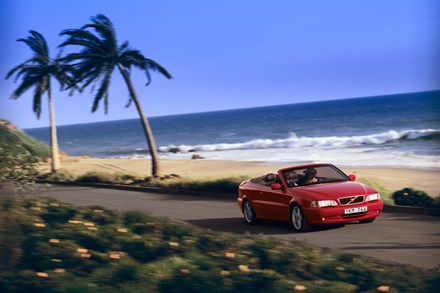 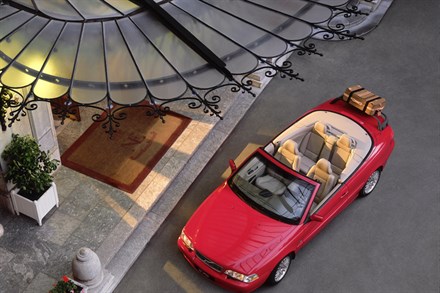 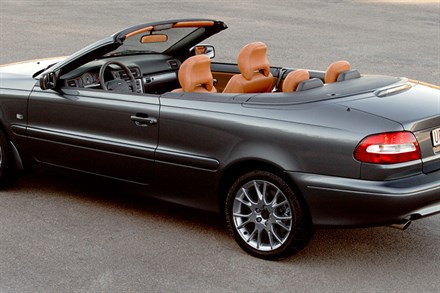