Volvo Car Group's future as a strong, independent car maker based in Sweden is now being reinforced with a multi-billion dollar investment in SPA (Scalable Product Architecture) and VEA (Volvo Engine Architecture). The main part of the two projects will be carried out in Sweden, constituting one of Sweden's largest ever industrial investments.

SPA (Scalable Product Architecture) is a flexible, scalable product architecture that covers most of Volvo's future car models. It is a product range consisting of shared modules and scalable systems and components, all manufactured in a flexible production system. In parallel with SPA, Volvo Car Group is also developing an all-new four-cylinder fuel-efficient engine family known as VEA (Volvo Engine Architecture). These engines will be built in Skövde and assembly of all drivelines, including hybrid drivelines, will be integrated in the Torslanda plant in Gothenburg.

"Almost half of the approximately 11 billion USD investments covering the years 2011 to 2015 will be spent in Sweden in the form of infrastructure for the new vehicle architecture and engine family. This is a proof of Volvo Car Group's determination to strengthen the company's position as a Swedish car maker with a unique attractiveness on the global market," says Håkan Samuelsson, President and CEO of Volvo Car Group.

"SPA and VEA sharpen our cars' attractiveness in all areas - design, driving pleasure and quality down to the smallest detail. And of course we are at the same time boosting our core values of safety and environmental care."

Expansion of production capacity in Sweden

About one-third of the investments in Sweden are earmarked for expansion and upgrades of Volvo's Swedish production facilities. A significant sum is being invested in the construction of the new bodyshop in Torslanda, which will be completed during the second half of 2013.

In addition to Torslanda, there will also be considerable investments in the bodyshop in Olofström, which has to be modified for the new car models based on the new architecture. The Skövde engine plant will also undergo comprehensive changes for production of the all-new 4-cylinder engine family.

Product development represents the major part of the investments in Sweden, with work on the new vehicle architecture and engine family taking place in Volvo's development centre in Torslanda, Gothenburg.

"SPA makes us technologically independent, without any link whatsoever to our previous owner. The new architecture covers about two-thirds of our total sales volume. With about 40 percent of all components shared by all car models irrespective of size, we will benefit from economies of scale, thus boosting our competitiveness," explains Peter Mertens, Senior Vice President Research and Development.

"With lower costs for development and parts designed to be shared by all our models, there will be more capacity left for focusing on individual details that are important to our customers."

The first car model based on the new architecture is the next-generation Volvo XC90, which will be launched at the end of 2014.

Keywords:
Technik, Produktion
Descriptions and facts in this press material relate to Volvo Cars's international car range. Described features might be optional. Vehicle specifications may vary from one country to another and may be altered without prior notification.
Aktuelle Fotos
Sep 20, 2010 ID: 35144 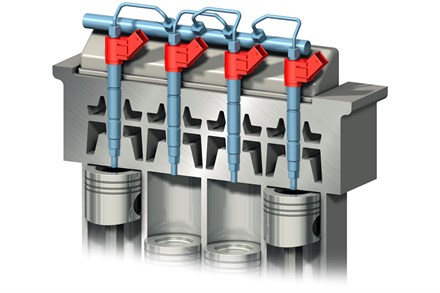